Opinion: Edwards' decision to walk away may be a sign of things to come 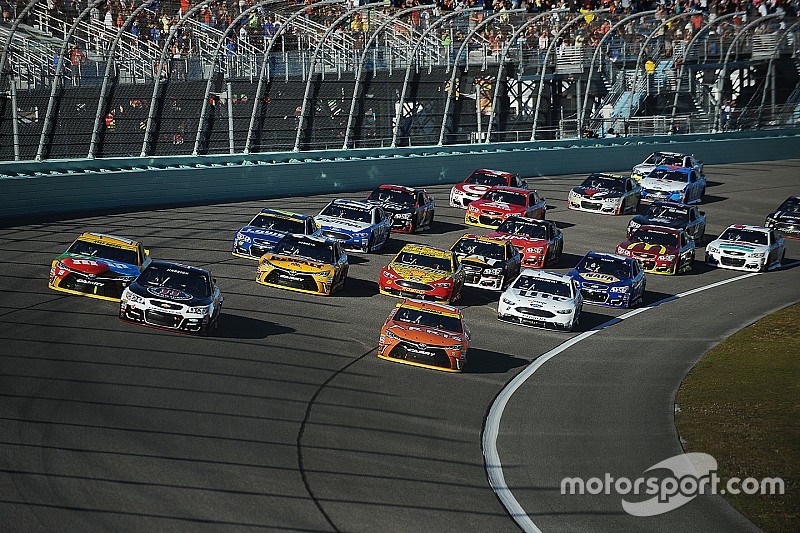 Carl Edwards made his retirement from NASCAR racing official earlier Wednesday and the shock waves of this announcement are still being felt by many of his fans and followers in the sport.

And it shouldn’t have come as a total surprise that one of NASCAR’s most popular and talented drivers decided to walk away now.

One, he was satisfied with how his career worked out in NASCAR. Secondly, he wanted to take back some of the time racing took out of his life and focus it on other things. Finally, he said he's in good health and wanted to keep it that way for the future.

While the reasons a driver may step away from the steering wheel might vary from case to case, I think this will become a more common occurrence in the NASCAR world in the future.

Here’s some more thoughts on why I feel this way:

Drivers today make much more money today than drivers did just 25-30 years ago. If they invest wisely and save, they can make enough money in a decade or less of racing to live several lifetimes (Well at least how you and I live that is).

Drivers such as Bobby Allison, Cale Yarborough, Richard Petty and David Pearson had to race to put food on the table and most of their career earnings wouldn’t even match what most drivers now earn in a single season.

Yes, I know times have changed, but it’s still relative.

I’m not saying DiBenedetto is not a fine driver, he’s in equipment that’s nowhere near top of the line, but the dynamics of the sport have certainly changed.

*Editor's Note: Drivers are only paid a percentage of listed winnings and that amount varies with each driver.

Grind of the schedule and family time

Yes, before the ‘Modern Era’ of NASCAR began in the early 1970’s, there were over 60 or more races a year and that schedule dropped to the high 20’s and readjusted to its current amount today of 36-38 total weekends for the Cup drivers.

Back in the day, 90-95% of the races (even in the 1960’s with their monster schedules) were held south of the Mason-Dixon line and east of the Mississippi River. So while drivers where away from home just as much, the travel wasn’t as bad and you had a few more weekends home with the family.

I know, drivers today have jets and motorhomes, but from someone who has traveled a lot over the past two decades, it’s still tough. Especially when you have young kids and with drivers getting opportunities in their teens and early 20’s to drive now, when they do have a young family one could see why they might want to be home more.

You just can’t get that time back with your kids.

If the media had access like they do today and social media existed back in the 1970’s and 1980’s, NASCAR could have been the foundation for the TMZ show, not Hollywood actors.

With that said, more drivers are stretched for their time today by sponsors (yes with big money comes big obligations so I don’t have much sympathy) and it’s easy to understand when a driver might feel they can’t even be their own person anymore. Every athlete today will tell you they feel like they’re constantly being pulled in a million directions.

But the constant pressure of having to live up to owners, sponsors, fans and media expectations can wear down some drivers and quite honestly, can take the fun out of what you do for a living. So why put up with it if you don’t have to and we could see more drivers starting to think that way in the future.

Edwards is the first driver I can remember from my generation to walk away in the prime of his career on his own terms and certainly the first under the age of 40. I think this is just the first of several drivers we’ll see retire while they can still ‘get it done’ so to speak.

It has to be hard for Joe Gibbs Racing and their partners. This is especially challenging for NASCAR to lose its third high profile driver in as many seasons, joining Jeff Gordon and Tony Stewart, but I predict we’ll be seeing more of these retirement announcements in the next five years.

The silver lining in this early retirement announcement by Edwards is Daniel Suarez will get a prime opportunity in the No. 19 car. This can be good for JGR and NASCAR as the Mexico native can help open doors to an entirely new demographic of fan – and he’s already doing it with his 2016 NASCAR Xfinity Series title.

Some drivers that I think are already dropping hints or making changes in their life that could lead us to speculate of more retirement announcements in the near future.

From Kevin Harvick deciding to broadcast more TV races, to Dale Earnhardt Jr. getting married and saying he wants to start a family; I think the retirement clock is already starting to tick on those two drivers. I also think once Jimmie Johnson wins title No. 8 he’ll seriously consider retirement too. I hope I’m wrong as I think they’re all great for the sport.

So while the timing (Edwards is just 37 years old) caught everyone by surprise, fans and those of us who cover the sport should be ready for more of these announcements in the next 3-5 years. If not sooner.