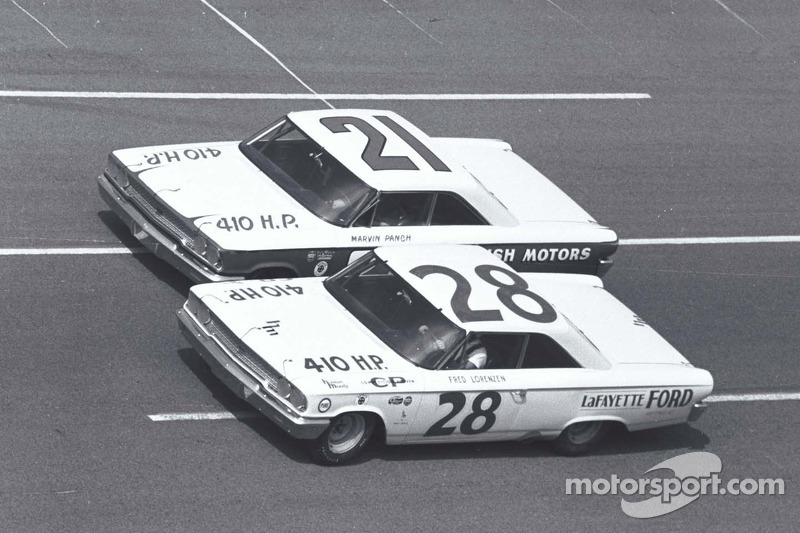 In NASCAR’s formative years, the schedule often started at places like Concord and Champion Speedway in North Carolina, and sometimes made a quick west coast stop at Riverside International Raceway for a road course race before landing in NASCAR’s backyard. 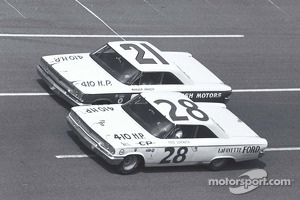 Tiny Lund and Fred Lorenzen race side by side

That was the case in 1963 when the season actually kicked off in November of 1962 with three races before taking a two month break and returning in January at Riverside. That’s where the year kicked off in earnest and saw Dan Gurney outlast A.J. Foyt in his 1963 Ford to take the checkered flag in a 500-mile marathon.

A four-week hiatus ensued as teams prepared for the fifth running of the Daytona 500 and Marvin Panch focused on becoming the first driver to win the sport’s crown jewel event twice in a career. He won the 500 in 1961 over Joe Weatherly, and was considered among the favorites behind the wheel of the No. 21 Wood Brothers Ford.

Just a few days before the 500, however, Panch was involved in a freak sports car accident on the Daytona road course. The car, which Panch described as a Birdcage Maserati, flipped and burst into flames on the track’s east banking.

“We were down in the pits and Johnny Bruner (NASCAR official) and some of the Firestone people jumped in a station wagon. I got in there with them and went over to help,” recalled Glen Wood. “The whole bunch of us got the car turned back over. Marvin was upside-down in it. It had those clam doors on it, so they opened from the top, but there was so much pressure on it that Marvin couldn’t get the door open.

“He was picking on it and he said he just about decided this was his last hope,” continued Wood. “Fire was all about him and at about that time he felt it wiggle and we got the car turned back over. Tiny Lund and Steve Petrasek of Firestone dragged him out and rolled him around on the ground and got the fire put out.

“Naturally, he was burned so bad that he couldn’t drive our car, so we pondered different drivers,” said Wood. “We knew Tiny was a pretty fair race driver. He always had been tough to deal with and with him being one of the main guys that helped Marvin out of the car, it was a no- brainer to put him in there.” 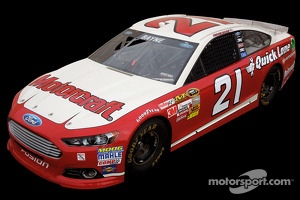 Lund started the race 12th, which is where Panch qualified the car, but it didn’t take long for the Wood Brothers to develop a pit strategy that not only would help Lund stay up front throughout the day, but ultimately win the race.

“When they started the race it was raining and the track was wet,” said Wood. “They ran about 10 laps under the caution after the green flag was dropped and then had a caution on lap 36, so we all came in and just gassed up and went back out.”

That allowed the team to figure out its mileage and they realized Lund could easily go 100 miles before stopping again, so that’s what he did. After stopping for the second time, the Woods once again recalculated and decided they could push it two more laps. They directed Lund to stay out for 42 laps the next two runs, which put them in an ideal situation.

“After that 36-lap caution, we wanted him to draft and save fuel,” said Leonard Wood. “When it came down to the end of the race, we didn’t have but 40 laps to go and we knew he could make it because we had been running 42. When Fred Lorenzen and Ned Jarrett had not made their laps up from that first caution, we knew they were gonna have to stop, so we were just waiting for it to happen.”

Glen Wood said that even though he felt confident they were going to make it, there were some anxious moments.

“They got to talking it up on the loudspeaker and asking, ‘Can they make it? Can they make it?’ That got us to wondering to ourselves whether we could make it or not, but we felt sure that if we got it full, Tiny could make it. Sure enough, he pulled it off,” Glen Wood said.

After driving into victory lane for the first time in his Grand National career, Lund was greeted by pit reporter Chris Economaki, who asked him what he was going to do with the $25,000 prize money he had just won.

“That’s a Cinderella story for sure,” reiterated Leonard Wood. “We ran the whole race on the same set of tires. The reason we did that is we already had our pit stops worked out, but there’s always that chance of cross-threading a lug or something like that. At that time, your lugs weren’t quite as good as we eventually got them to be, so you didn’t want to take a chance. Plus, we wanted to make sure we kept him up in the draft, so we’d always have a quick pit stop.”

For his actions in helping rescue Panch, Lund was awarded the prestigious Carnegie Medal for heroism. He eventually went on to win five Grand National races in his career before being killed in an accident during the Talladega 500 at Talladega Superspeedway on Aug. 17, 1975.