Truex: Championships are "harder to win now than ever"

Martin Truex Jr. leads the way in the win column this year as he pursues his second NASCAR Cup Series championship, and his first with Joe Gibbs Racing. 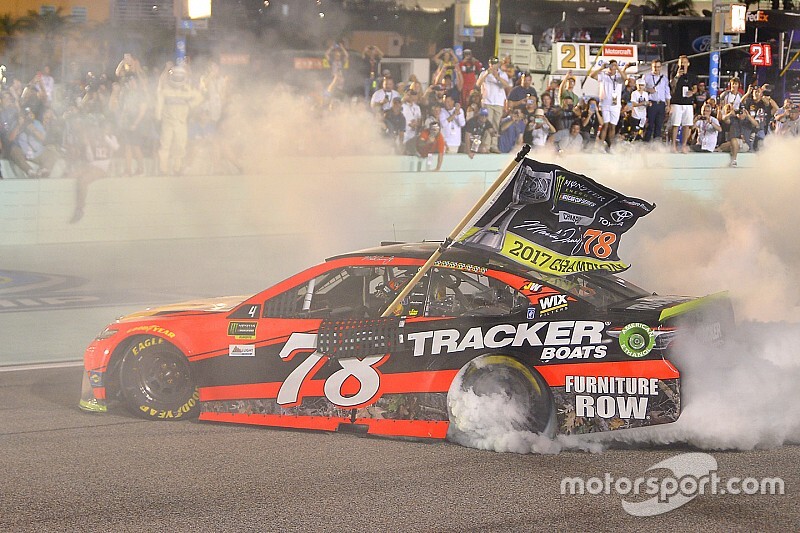 Never has this knockout-style playoff format produced a multi-time champion since its introduction in 2014, but Martin Truex Jr. is a driver that has come very close. After winning the title in 2017, he was just one position shy of going back-to-back last year.

Now he has the opportunity to do it again. After moving over to Joe Gibbs Racing for the 2019 season, Truex and crew chief Cole Pearn lead the field with seven wins so far. Three of those victories have come during the playoffs, more than any other driver. But winning the championship in this winner-take-all finale is a different story.

"I think things have changed so much. Certainly a different day and time than it was in the old points system. If you look at a 10‑race playoff the way it used to be, things would be different," Truex said Thursday during Media Day.

"Is it harder or easier? I don't know. I would say the odds are a lot worse in this system to win. I don't know how to view that, to be honest. I don't know if it's final four appearances, straight‑up race wins.  Championships are huge. I think it's harder to win now than ever.  Maybe one means more than one used to. I don't know. I can't really answer that."

He went on to call the prospect of winning a second title 'amazing.' Only 15 other drivers in NASCAR Cup Series history have won multiple championships.

"What it means, I don't know.  I think a second championship would be indescribable right now for me."

But to win it all, Truex will have to beat not one, but two of his three JGR teammates first. Both Denny Hamlin and Kyle Busch join him in the Championship 4, as well as Stewart-Haas Racing's Kevin Harvick.

He said of racing his teammates: "Away from the track, I think we get along well. I would say we're not really good friends. We don't hang out, do stuff away from the track with each other.  I think the mutual respect is something that stands out to me.

"We've raced against each other for a long, long time. You learn to respect guys like that. I respect certainly what they've done, what they're capable of today. I know how tough they are to beat week in, week out. I know what they have, how they do things.  We share, talk a lot.  There's still always things you can do.  Everybody has their own style, what they like, what they like the car to feel like, how they drive, things like that. We're all quite different in those ways."

There was a time not too long ago where Truex's current position would have seemed impossible, but his career trajectory took a very sharp turn after joining Furniture Row Racing in 2015. In his first 348 Cup starts, he won just two races and finished no higher than 11th in the standings after nine full-time seasons.

But since 2015, he has won a further 24 races and made the final four four times. His numbers, once unremarkable, are quickly becoming Hall of Fame-worthy.

"I definitely don't take this for granted," he said of his surprise rise to the top. "I love this opportunity. Having the time of my life with this team. Love working with these guys, driving their cars. It's just been amazing this whole season. I just want to try to keep it going, not get ahead of myself, race one week at a time.

"It's amazing to be here having another opportunity at a championship. I still have a hard time believing I've already got one, let alone here we are with a really, really good chance I feel like at a second. I can't imagine the names of the list I would be on with those others.  Still blows my mind. I'm pretty jacked up about it."

He later added: "Yeah, never know when it's going to end. Keep it going."

Although there is an open book policy at JGR, that doesn't mean all three cars will be same going into Sunday's race. "It's not like we show up at the track and we all have the same car, the same setup, the same thought process, the same driving style," he explained. "Yeah, we build cars together, we go through the week and crew chief and engineer say, I want to go down this road.  The other one says, I want to go here.  You end up at different places. Your decisions throughout the weekend take you different places.

"That's all open information. It's going to continue to be that way. That doesn't mean we're all going to be the same.  It's not like there's 20 guys in the company pulling for one car, 20 guys pulling for the other car.

"Just like last week, a lot more on the line."