What's next after Tyler Reddick's signing with 23XI Racing?

A lot of unanswered questions remain about Tyler Reddick’s early announcement of his move to 23XI Racing in 2024 and answers likely won’t be coming soon.

At least in part that appears to be a good thing for both 23XI Racing and Richard Childress Racing as each will have big decisions to make in the next year-and-a-half.

Both 23XI Racing team co-owner Denny Hamlin and team president Steve Lauletta emphasized in Tuesday’s announcement that only one piece to the puzzle had been completed – the hiring of a driver.

Everything else – what car Reddick will drive in 2024, who his sponsors will be or will the organization expand to a three-car operation – is still to be determined.

“We’ve said from the beginning that 23XI Racing wants to be a different kind of race team – a forward-thinking team, an aggressive team, an innovative team. Today is about a couple of things – it’s about Tyler and his talent and it’s about timing,” Lauletta said.

“The reason we are doing this (now) is because you all know the ton of moving parts on the business side to get ready and need to be worked on for a season. We now have 18 months on how we bring Tyler into the 23XI Racing family in 2024.”

Where does he go?

Both Bubba Wallace (the No. 23 Toyota) and Kurt Busch (the No. 45 Toyota) have agreements in place to drive next season but 2024 appears to be an option year for both, although Lauletta declined to give any specifics on their driver agreements.

Hamlin said the “most likely scenario” is that 23XI Racing will still be a two-car operation in 2024, which means one of the current drivers would need to leave their ride in 2024. The most likely candidate appears to be Busch, who is 43 years old.

However, Hamlin was also adamant Busch would remain a part of 23XI Racing whether he was driving or not. 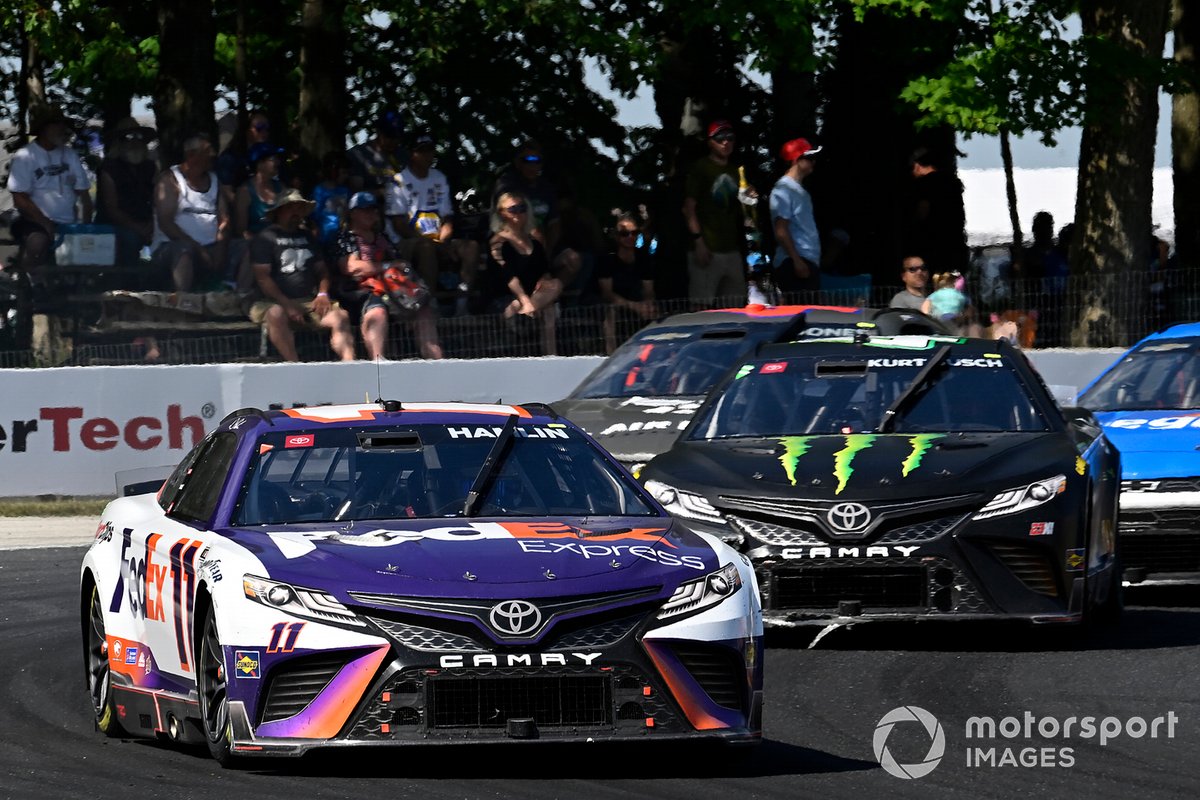 “Our initial conversation with Kurt when we signed him is that ‘This is your long-term future, no matter what’,” Hamlin said. “You can drive as long as you’d like, and then on top of that, we’d like to keep you on beyond that because we think you’re a very good leader that can help build this team.”

Reddick’s future team remains murky at best but could well become clearer depending on the performance of Wallace and Busch between now and the middle of next season.

Did RCR have a heads-up?

Given a not-so-friendly tweet posted on RCR’s Twitter account following Reddick’s announcement in which the organization side the timing “could not be worse,” there are questions of how much RCR knew of Reddick’s plans.

While the organization did not learn of the timing of the announcement until this week, team owner Richard Childress appeared to drop a hint of what was on the horizon following Reddick’s win at Road America two weeks ago.

In an interview with Claire B. Lang of SiriusXM NASCAR Radio in Victory Lane, Childress was asked about Reddick’s recent confirmation that RCR had picked up an option on him to remain with the No. 8 team in 2023.

Childress said, “We got another year and then we’ll see how we do and see if he wants to come back. When people come in and offer him the moon – I don’t own the moon. Some of them do. We keep winning and it’s up to him to decide which way he wants to go.”

Reddick said his decision should not have come as a “total shock” to Childress.

What does RCR do?

The early announcement by Reddick also leaves a big hole at RCR to fill.

So far this season, Reddick has a win and is locked in the playoffs while teammate Austin Dillon will have to win one of the next seven races in the regular season to qualify. He is currently 20th in the series standings.

RCR appears set to remain a two-car Cup operation next year but what are the options for the No. 8 in 2024 and beyond? 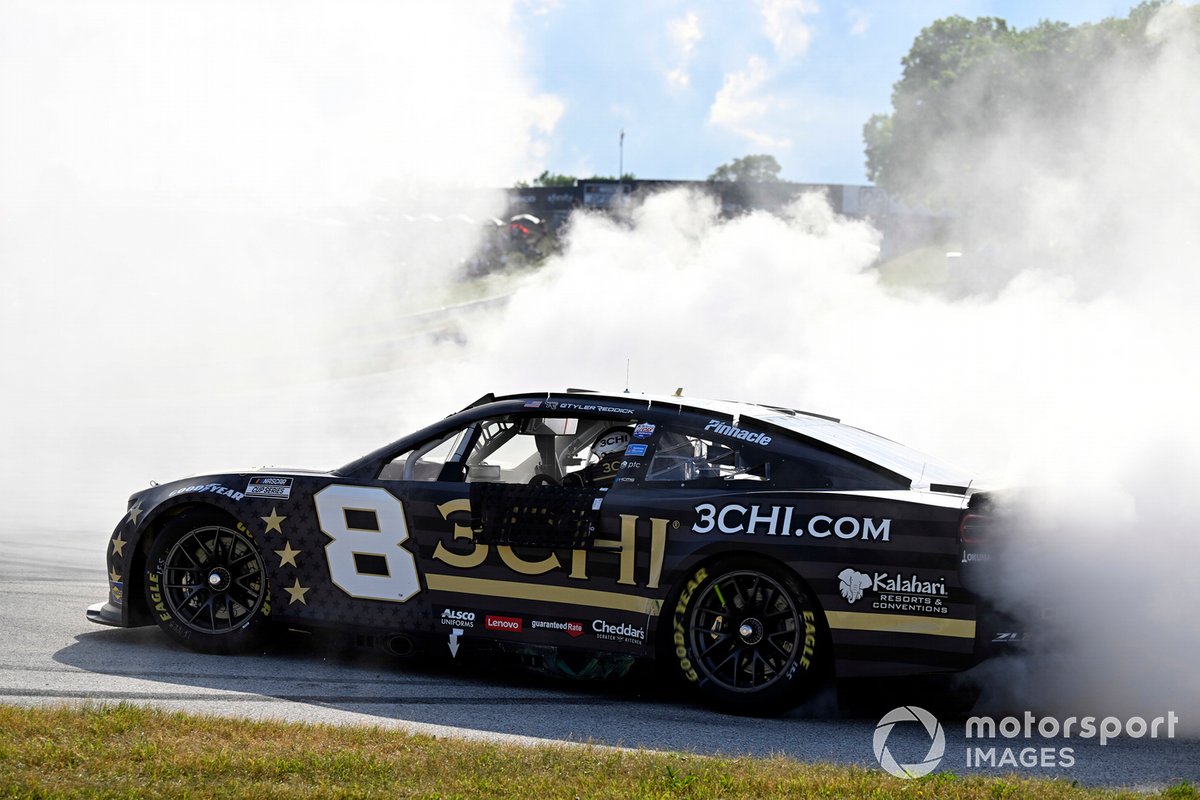 The organization does have two talented drivers competing fulltime in the Xfinity Series this season – Austin Hill, 28, and former Truck Series champion Sheldon Creed, 24. Hill picked up his second win of the season last weekend at Atlanta.

The difficult part for RCR is that Reddick is just now establishing himself as a regular contender for wins in the Cup Series and the organization was likely hoping he would be a significant long-term asset.

“I feel like it gives everyone time to figure out what lies ahead,” Reddick said of the early announcement of his future plans. “I feel like it’s better to do it now than in the playoffs.

“There’s no reason to kick the can down the road.”

Can Kevin Harvick pull off a playoff surprise at New Hampshire?

Kimi Raikkonen says he feels better prepared for his NASCAR Cup Series debut with Trackhouse Racing at Watkins Glen next weekend following his maiden Next Gen test run on Thursday.

Bubba Wallace has signed a multi-year contract extension with 23XI Racing, and will remain the driver of its No. 23 Toyota Camry.