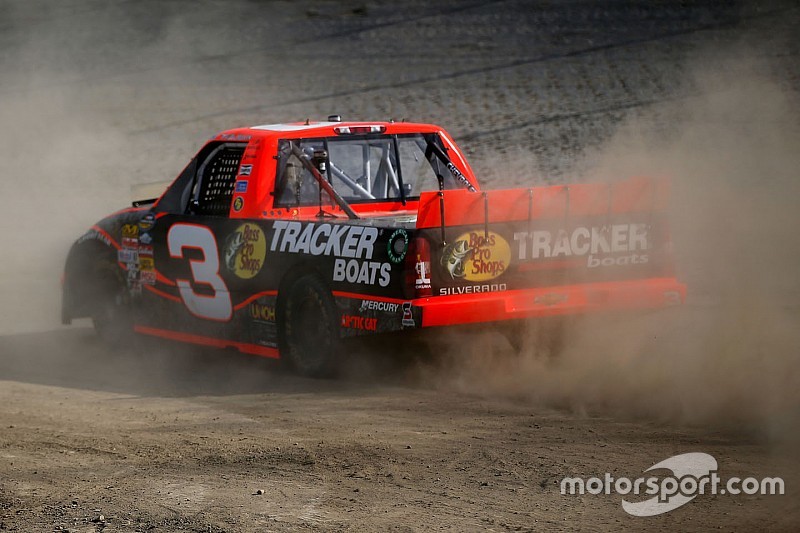 Eldora is currently the only dirt race on the entire NASCAR Camping World Truck Series calendar.

Speedway Motorsports Inc. CEO and CMS president Marcus Smith confirmed to Motorsport.com on Tuesday he has talked to NASCAR about hosting a Truck race at the 4/10th-mile dirt oval.

“I’ve had a lot of people ask me about that – I’ve had some drivers ask me, a lot of fans have asked me about it. We are open to the idea,” Smith said. “I think if teams want to do it, then I would certainly be open to doing it.

“I love what Eldora has done. I think that mid-week, primetime event is fantastic. I love going to it myself. If there is interest from teams to do it in Charlotte, then I know the Dirt Track at Charlotte would be a great place to host something like that.”

The event would not take place before 2017. NASCAR is finalizing its 2016 schedules for Sprint Cup, Xfinity and Trucks and they are expected to be released in two to three weeks.

Last month, Motorsport.com confirmed the Truck Series would once again compete on the dirt at Eldora Speedway in Rossburg, Ohio, next season.

Sources also told Motorsport.com the Eldora event may not be the only dirt race on the schedule with a second dirt race possible in 2016 at Knoxville (Iowa) Speedway.

NASCAR has already extended the use of the original 2013 truck design beyond its original three-year approval window, so teams will not have to design a new version of their trucks designed for dirt racing.

Eldora’s inaugural Truck series race in 2013 was the first NASCAR national series race held on dirt in more than 40 years.

The has been growing talk in recent months by NASCAR officials and drivers about the need to try “new things” when it comes to the sport’s national series schedules.

“Certainly the Truck series lends itself to that. The Cup series – not really,” Smith said.

On Tuesday as part of NASCAR’s “Chase Across America” event, CMS held a media event at the Charlotte airport then flew Kenseth to stops in Greenville, S.C., and Greensboro, N.C. – smaller markets that don’t host NASCAR races but typically have large NASCAR audiences on TV.

“The idea is similar to this event today, which is all about taking a star in NASCAR to those great markets that tune in every week,” Smith said. “Taking part of the show to them.”

CMS currently hosts a Truck race on the same weekend as the NASCAR Sprint All-Star Race. Smith said a Truck race at the dirt track could take place that weekend or even be added to its October race weekend, which currently features Cup and Xfinity night races.