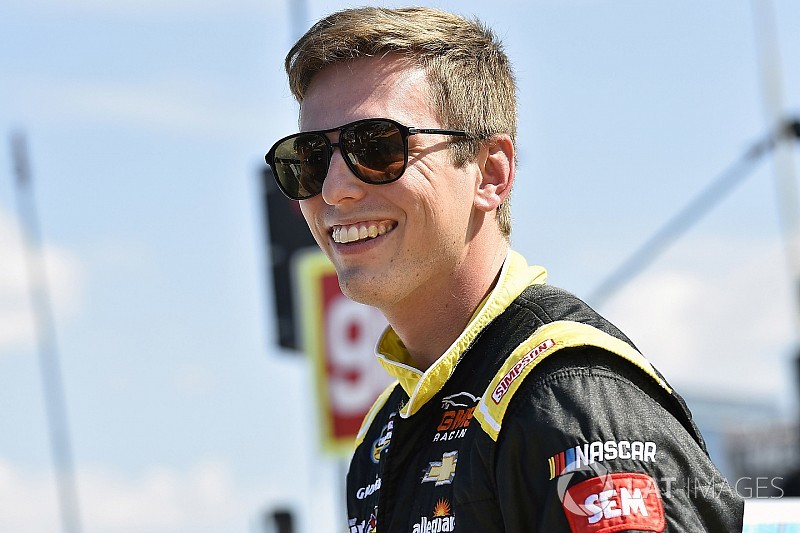 Rookie Dalton Sargeant returns to track where he’s had success in his career.

During his rookie season in the NASCAR Camping World Truck Series, Dalton Sargeant has had to get acclimated fast to many tracks he’s never raced on before and that can be a challenging situation. This weekend, Sargeant gets to race on a track he’s very familiar with - Iowa Speedway.

Sargeant, who sits ninth in the points standings after eight races, won at Iowa last season in the ARCA Racing Series.

“Iowa Speedway is a special race track for me,” said Sargeant. “Years ago when I entered into the K&N East Series, Iowa Speedway was the biggest track I had ever seen. At first, it was a little intimidating going that fast right out of late models but it was a place that I learned so much from.

“I think I’ve learned more about racing stock cars at Iowa Speedway than any other race track that I’ve been to. It’s a forgiving race track and perfect for rookies to come to, make mistakes but also learn from those mistakes and become a better overall driver.”

Any driver will remember any trip to Victory Lane and Sargeant will always remember Iowa as his first win.

“Iowa is where I picked up the biggest win of my career as well in the ARCA Racing Series just last year,” said Sargeant. “We had a dominating performance and I had a lot of fun racing up against the wall all night. That was also the very first race we had Performance Plus Motor Oil on the car and to date the only time they’ve been to Victory Lane in a national touring series.”

Sargeant has made a pair of ARCA starts with a win and another top-four finish and he’s also made two starts in the K&N Pro Series East with one top-10 finish.

He’s returning in the truck this weekend and will rely on any advice he can get from teammate Johnny Sauter.

Watch both drivers talk about competing at Iowa Speedway in this video: