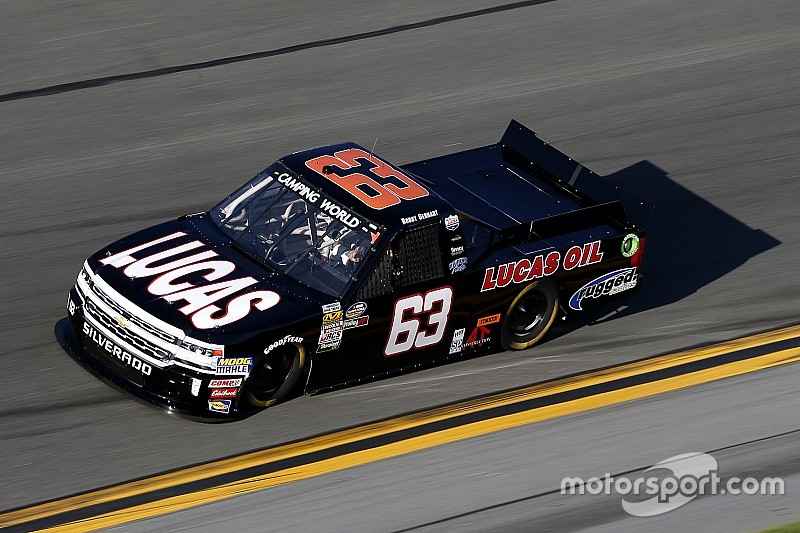 Mike Mittler, owner of MB Motorsports credited with giving many drivers their start in NASCAR national series, has passed away after a long battle with cancer.

Mittler with his MB Motorsports team made over 300 starts as a team owner in the NASCAR Truck Series and was a part of the series since its inception in 1995.

He helped many racers get their start in the NASCAR national series including Carl Edwards, Brad Keselowski, Jamie McMurray and Regan Smith.

The veteran team owner almost scored a win in the dirt race at Eldora with dirt-track hot shoe Bobby Pierce, who won two straight pole positions at Eldora Speedway and finished second driving Mittler’s No. 63 in the race in 2015.

Mittler, who made it known last fall he was fighting cancer, was 67.

Here are some tribute social media posts shared by drivers and executives in NASCAR, leading with Kenny Wallace, who is from the St. Louis area and knew Mittler well.

Recently retired NASCAR Cup Series driver McMurray also shared his thoughts on the passing of Mittler, who he credits in giving him his big break in NASCAR years ago.

NASCAR Senior Vice-President for Racing and Innovation Steve O’Donnell was among the others to pay tribute to Mittler.

Chris Blair, Executive Vice President and General Manager of World Wide Technology Raceway in Madison, Illinois, added: “Our entire team, and families, are saddened by the loss of Mike. He was a great friend and loyal supporter of our track.

"I had known Mike a long time before my move to St. Louis and he welcomed me and treated me like family upon my move.

“In addition to my work at the track, Mike had been a supporter of my family race team. He provided shocks to my son, Austin, when he was an eight-year-old Quarter Midget racer. When Austin was preparing for his first Super Late Model race, Mike was there at the track coaching him.

“Mike was special. He was a great man who inspired many. I value each moment shared with him through the years, especially those in the garage along with my son.”

Keselowski, whose family was close with Mittler, also expressed his sadness with the news of his passing.