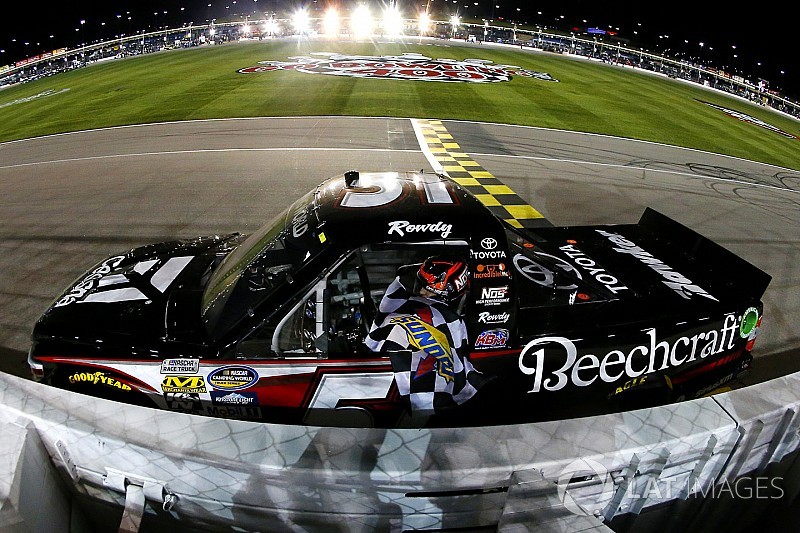 Kyle Busch will once again run a limited schedule this season in the NASCAR Camping World Truck Series.

Busch is set to make five starts this year between two of his Kyle Busch Motorsports Truck teams – two races in the No. 4 Toyota and three with the No. 51 teams.

“There are a couple of really cool things happening with my truck schedule this year – two of my races will be in the No. 4 Tundra, which was the number on my first Legends car back at the Bullring, and I'll also be racing a truck at Las Vegas for the first time since 2001,” Busch said.

“It’s always fun to race in my hometown and it’s the only active track on the Truck Series schedule where I’ve made a start and haven’t visited Victory Lane. So, hopefully, we can change that in March.”

Busch, who competes full-time in the Monster Energy NASCAR Cup Series for Joe Gibbs Racing, enters the 2018 season second on the Truck Series all-time win list with 49. He is two wins shy of moving into a tie for first (51 wins held by Ron Hornaday Jr.).

Noah Gragson returns for another season with KBM in Trucks