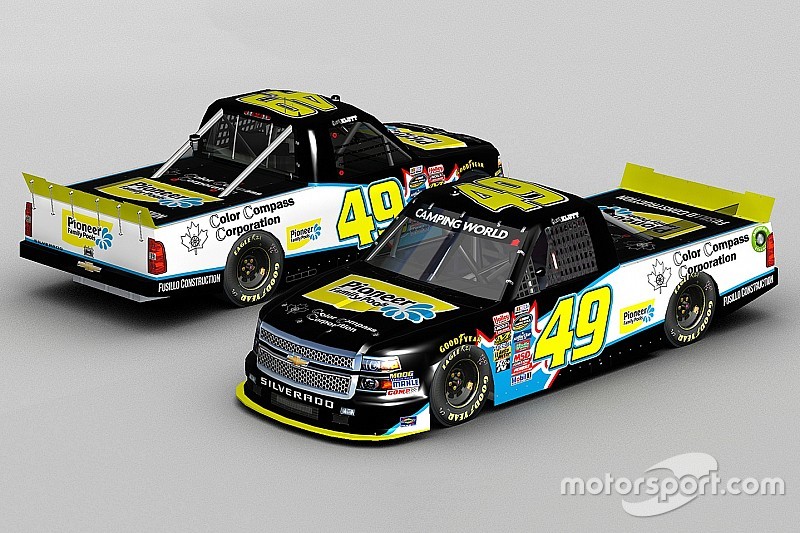 After making his first start in this event last season, Gary Klutt is ready to try competing in the NASCAR Camping World Truck Series again this year at Canadian Tire Motorsport Park.

Klutt is no stranger competing at CTMP in the Pinty's Series having scored his lone win there in 2015 and finishing third earlier this season in the Pinty's opener at the 10-turn 2.459-mile (3.957 km) road course.

Klutt is currently in his third season driving in the NASCAR Pinty’s Series and has collected six top-10 finishes in 10 career starts at Canadian Tire Motorsport Park.

Klutt will also feature partners Pioneer Family Pools and Color Compass Corporation on the truck during the weekend.

“This has been my favorite weekend of the year for the past two seasons now,” said Klutt. "Last year was such a steep learning curve for me, being my first time on radial tire and with truck arm suspension, these trucks feel so much different than our Pinty’s cars, so I’m anxious to get back in one.

"I’m excited to be working with Premium Motorsport’s crew chief Brian Keselowski and I can’t wait to see how well we can do against the biggest teams in the sport.”

Keselowski: BKR would "probably not" shut down if it made money

What is a NASCAR Truck?