Bell had "the most fun" racing Kyle Busch for Xfinity win 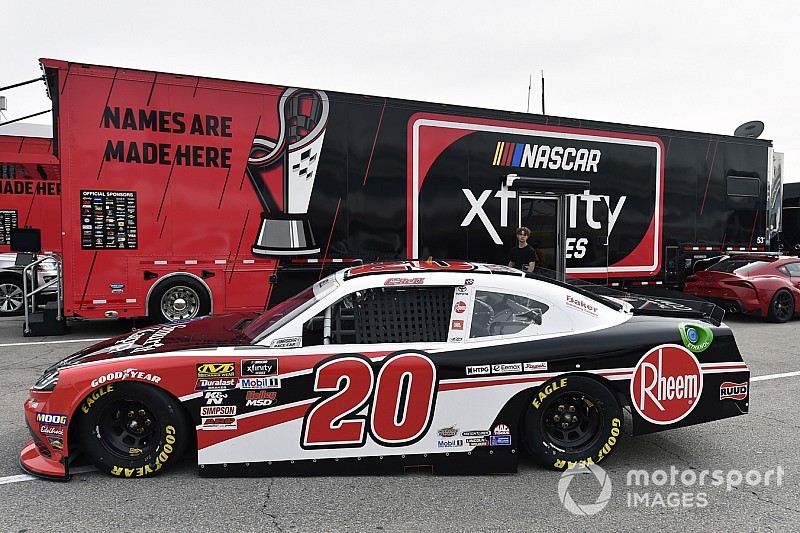 Christopher Bell has been adamant about his support of having the opportunity to race NASCAR Cup Series drivers in the Xfinity Series and at Las Vegas he showed why.

While his end result in the Boy Gaming 300 Saturday was a 13th-place finish, that hardly told the story of his performance, including a stellar battle for the win with his Joe Gibbs Racing teammate and Cup star Kyle Busch.

Bell and reigning Xfinity champion Tyler Reddick both pushed Busch to the limit in the race. Reddick led 62 laps in the event while Bell led three.

“I’m certainly disappointed with the finish, but that was fun. That was a ton of fun going out there rim-riding and Tyler was awesome,” Bell said. “I think my spotter said we were the only three on the lead lap there for a little bit.

“It’s really cool whenever you get a couple great guys like that to go out and put on a good show. I’m thankful that Kyle gets to race with us and he makes us work for it and he still won so it’s not like we beat him.

“Hopefully we’ll beat him one of these times.”

Bell’s team was able to make repairs and got him back out on the track for the final overtime, but he did not have a rear bumper cover on his No. 20 Toyota, which NASCAR requires, so he was not scored the final two laps.

The end result did not diminish what Bell believed he accomplished in the race.

“You have good races and bad races and obviously that’s not where we want to finish, but that was one of the most fun races I’ve ran in the Xfinity Series,” he said. “Obviously, all of our Joe Gibbs Racing Supras were really fast and I’m really proud of everyone on this team.

“Whenever I was running down Kyle (Busch), I was really, really loose and then as soon as I got in front of him, I went into Turn 3 and I just got tight and hit the wall. It was unfortunate that I got into the wall and he got back by me, but ultimately, we didn’t finish good because of my restart errors.

“Just have to clean up restarts and do a better job of that. Hopefully we’ll be able to close out a couple more of these.”

With his win at Atlanta, Bell is already locked in the Xfinity playoffs this season. He leads the series standings by 18 points over Cole Custer entering next weekend’s race at ISM Raceway near Phoenix.