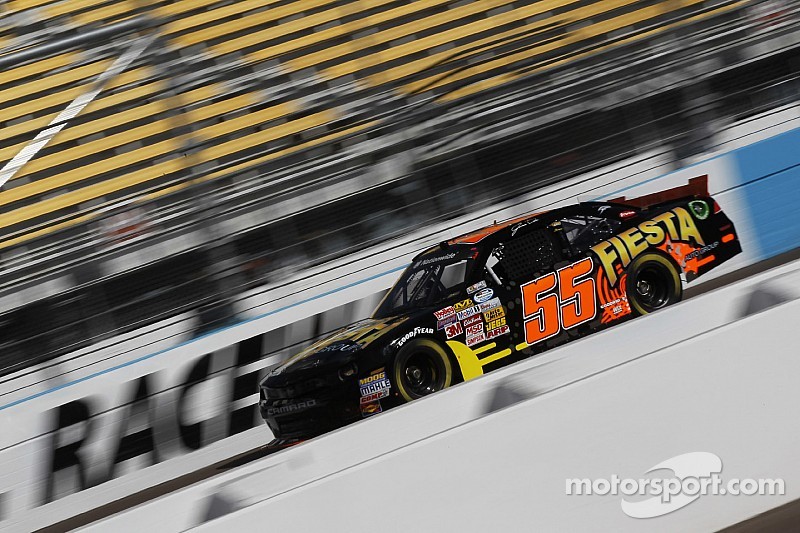 Jeffrey Earnhardt will fill in for Jamie Dick in the No. 55 Viva Chevy at ACS

PHOENIX – Jamie Dick has been diagnosed with new onset diabetes.

After finishing 28th in the Axalta 200 XFINITY Series race on Saturday, the driver and team owner of the No. 55 Viva Auto Group Chevy was taken to the infield care center at Phoenix International Raceway complaining of dizziness and fatigue. Once the 25-year-old Albuquerque, NM native was evaluated, it was recommended Dick be taken to West Valley Hospital, where the diagnosis was made.

According to the team release, Dick has returned to North Carolina for further evaluation and treatment. Jeffrey Earnhardt will substitute for Dick in the No. 55 Viva Motorsports Chevy this weekend at Auto Club Speedway.

Now I need to learn about this disease and do whatever it takes to get back behind the wheel as soon as possible.

"I would like to thank everyone for their support during this difficult time,” Dick said. “It was quite a surprise to hear the diagnosis from the doctors, but the response from the NASCAR and PIR medical staffs was outstanding.

“The support from the racing community, my Viva Motorsports team, and the fans has been overwhelming. Now I need to learn about this disease and do whatever it takes to get back behind the wheel as soon as possible."

Dick is currently 31st in the NXS point standings where he has competed on a part-time basis since 2011. His best finish on the tour came at Talladega Superspeedway in 2013 when he finished 12th.

Dick is not the only driver to compete in the NXS with diabetes. Ryan Reed, who won the season opener at Daytona International Speedway, is a diabetic sponsored by Lilly Diabetes and drives the No. 16 ADA Drive to Stop Diabetes Ford for Roush Fenway Racing. Reed is currently third in the NXS point standings.

Joey Logano dominates in the desert