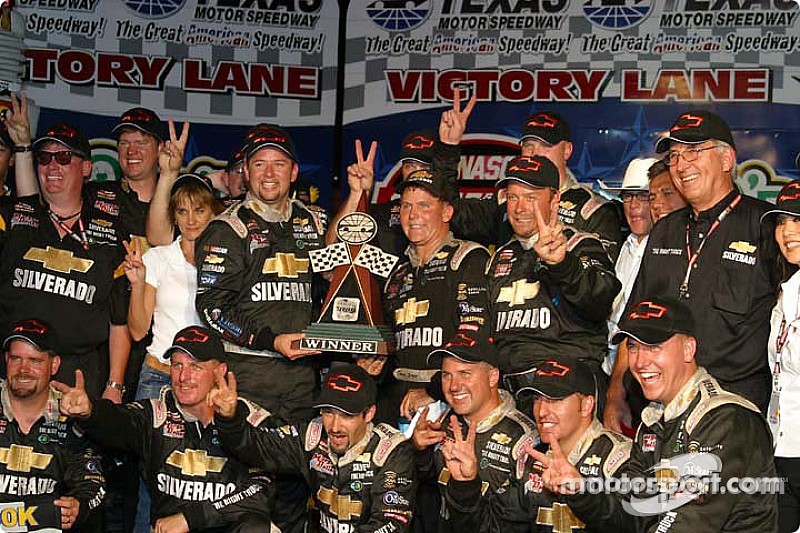 Dennis Setzer has always considered himself fortunate and lucky.

From having a dedicated group of family and friends who helped him every step of the way, Setzer has always been humble and appreciative.

“I had a great career and was really lucky opportunities came along when they did for me,” Setzer told Motorsport.com. “I have so many people to thank who helped me get where I was able to race for wins and championships and I could talk for hours naming every one of them.”

The Newton, North Carolina native always made the best of his opportunities and the one-time Late Model Stock veteran – who didn’t get a full-time opportunity in a NASCAR national series entry until he was 34 years old – did just that when the chance to compete in the NASCAR Xfinity Series came in 1991.

After making six starts between 1991 and 1993, Setzer got the opportunity to drive full-time in what was known then as the NASCAR Busch Series and from there for the former furniture truck driver turned a chance to drive into a 20 year career with 481 starts in all three national series.

Setzer was known throughout the Carolinas in the 1980s and early 90s of driving the Orange Blossom Special and the familiar No. 4 on the side of the car. He was able to join forces with his team and win track championships at Hickory Motor Speedway and Caraway Speedway before moving to the NXS full-time in 1994.

“That was a great situation for me to be in the car owned by Daniel Welch and sponsored by Alliance Training Centers,” Setzer said. “We had a very good first year with a couple of wins.”

With Setzer’s experience on short tracks it was no surprise his first two wins in what was known as the Busch Series came at South Boston Speedway and two races later at his home track in Hickory.

Setzer got the ride in the car after Robert Pressley moved up to the Cup series and went on to make 159 starts in NASCAR’s No. 2 division before he found a new home and made a name for himself in the NASCAR Camping World Truck Series.

In 1999, Setzer began driving in the truck series full-time where he would win 18 races in 314 starts and help the young series gain its identity as one of the most competitive series in NASCAR.

“There were so many good drivers in the series when I began in 1999 full-time with a lot of good teams as many of the Cup teams fielded trucks back then,” Setzer added. “Those were some fun years and we made a lot of friends and fans throughout the country.”

Not too bad for a guy who graduated from the same high school (Newton-Conover) as other NASCAR legends such as Dale Jarrett, Andy Petree and EPSN announcer Dr. Jerry Punch.

While Setzer looks back with fondness on his time in NASCAR, he now has his focus set on helping his son, Brandon, make a name for himself on the racetrack as well.

I’m proud of Brandon and he’s done a good job. He’s already won a lot of races and we’re working hard to help him get his chance to race for a living like I was lucky enough to do for a long time.

Setzer was known and still is as someone who is the same now as he was 30 years ago and part of that personality trait has enabled his 23 year-old son to benefit with some of his same sponsors – highlighted by the Jewelry Exchange whom he’s enjoyed a three-decade relationship with on his race cars.

“We’re fortunate as Brandon has been successful and we’ve been able to bring some of my old sponsors on board to help him out like the Jewelry Exchange who has been with me since I started racing at Hickory,” Setzer added. “Romeo Guest Construction is also on our Super Late Model car and it feels good when you have partners that want to help Brandon out.”

Setzer also knows he wouldn’t have the life he’s enjoyed without the fans.

“I can’t thank all the fans through the years that supported me,” he said. “I was blessed and my family has been blessed because without their support through the years I couldn’t have kept racing. I’ll always appreciate them and I really appreciate my fans that have also been supporting Brandon as he begins his career. That is special.”

Still at the race track

Asked if Setzer missed driving a truck or car in NASCAR he was quick to answer.

“I haven’t had time to miss it too much because I’m working with Brandon and I’m at a race track as much today as I was when I drove,” Setzer said. “I enjoy going to some of the different tracks we race at today and I’ll see old friends from time to time and that’s fun.”

While the elder Setzer may have hung up the driving gloves, if he has anything to do with it, he’ll be at the track for years to come.

“I enjoy working with Brandon and watching him win races and compete against some of the best drivers in the country,” Setzer said. “He’s got the talent to get to the next level and I’m going to work hard to help him get there someday.”

Brandon has already collected impressive wins in several divisions and most recently competed and won the Cars Tour season finale in the Super Late Model Division in October.

While times have changed in the sport and it would be rare to see a 34 year–old rookie, one thing is still true – you have to have some talent in the seat.

Setzer proved that he had the talent and drive to be successful. The bonus was he made a lot of fans along the way who appreciated the person he was off the track too.