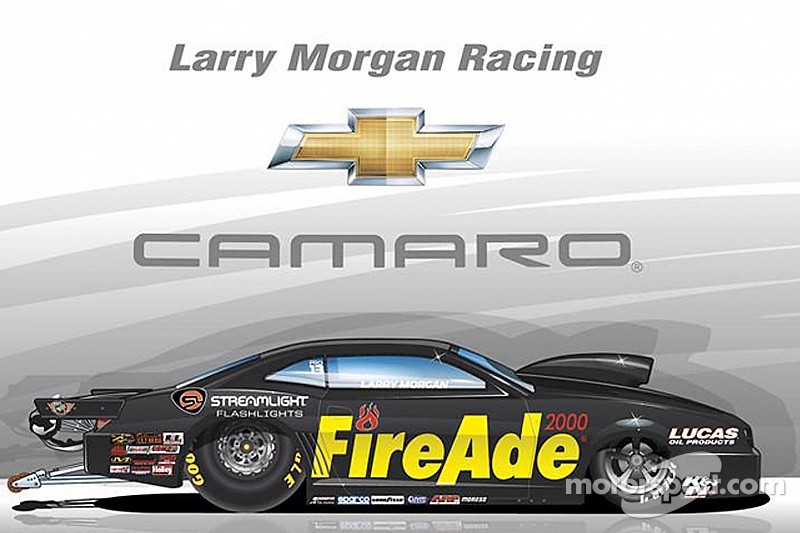 From blue oval to bow-tie.

When Ford announced its departure from NHRA Mello Yello Drag Racing Series, all of the emphasis went to John Force Racing’s three-car Funny Car team, along with Bob Tasca III and Tim Wilkerson, who also race in the flopper class.

After all, nitro-burners have all the glamour in drag racing, helped along by their crazy body styles and flaming exits from the start line, together with a propensity to blow up at the top end, heaving those crazy bodies to the sky.

Little notice went to the Pro Stock class, arguably the most competitive in NHRA’s four-wheeled competition. Where the nitro cars all run pretty much the same equipment, in Pro Stock it’s every competitor for themselves and the secrets start long before the firewall of the car. While you can usually see other category members visiting their peers, the Pro Stock paddock is truly insular, with hardly anyone wandering into their competitors’ pit areas.

Larry Morgan changed from running a Dodge to being a Ford man several years ago. This swap was made easier by the efforts of Mose Nowland, who had been a key member of Ford’s engineering staff since the 1960s and who was spearheading Ford’s return to the Pro Stock wars. The duo got along famously and Larry assisted Ford in developing the program as they brought the Ford Mustang back to Pro Stock with the intent of returning to the glory days of Bob Glidden and other Ford Pro Stock heroes. He turned out to be the singular full-time competitor for the Ford Mustang through its current tenure; it was lonely for Morgan and his crew, particularly when Nowland was forced into retirement.

So when Ford announced it would be leaving - again - after the 2014 season, Larry Morgan had a quandary. He’d put lots of money into Ford parts and Ford ideology, as had his sponsors Lucas Oil and Streamlight. They’d done all they could to get to the top of the heap, but with only a one-car team competing against multiple-car squads and a budget that paled in comparison to his competitors, Morgan’s efforts got him into eliminations most of the time but rarely past the first or second rounds.

Back in a Chevrolet

When NHRA rolls into Pomona for the season-starting Winternationals the first weekend of February, Morgan will be wheeling a Chevrolet for the first time since 1999. He’s purchased a new Jerry Haas Race Cars Camaro body and his engines are being prepared by Gray Motorsports, which helped the Gray brothers - Shane and Jonathan - make the Countdown to the 2014 NHRA Championship.

Fire Service Plus Inc., a global leader in innovative and environmentally-friendly firefighting, tank cleaning and dust control products since 1998 has come on-board to partner Morgan for the season (and hopefully beyond), giving Morgan a FireAde Camaro to take into competition this year and to vie for NHRA’s 10-car Countdown.

Lest you think Larry Morgan is just another racer, he’s got 17 national event victories - ten of them in NHRA Pro Stock - and has raced to 43 final rounds. At the present time, he is the longest-tenured full-time driver in the Pro Stock class. “We wanted to come back and do it right,” Morgan said, “and Ron [Thames, FireAde president and CEO] and FireAde are giving us the chance to do it right. There is a lot of work to be done, but with Ron’s support and the continued backing of Lucas Oil and Streamlight, we can be much better in 2015. I can’t wait for Pomona.”

Thames understands the legitimacy of Morgan’s efforts. “We look forward to a long and successful partnership with Larry and his team. Like us, Larry puts family first but he also knows how to get things done, and we know our relationship will only get stronger as the year progresses. We can’t wait to see the FireAde Camaro go down the track many times.”

While Morgan has, for a long time had his own in-house engine program, this year he elected to lease engines from Gray Motorsports. “For us to start over from scratch on an engine program would have been more costly than it would be to lease,” Larry said. “We felt the Grays were the best for us right now.” The new business relationship extends a friendship that Morgan has had with Gray Motorsports’ owner Johnny Gray for over 35 years.

“It’s an honor for us to be able to race with them again,” he said of working with the Gray Motorsports engine group. “We feel they’re at the top with horsepower and we look forward to having a good time.”

While he releases his hold on that in-house engine program for his Pro Stock efforts, Larry Morgan will continue to develop cylinder heads for the Arana family, as Hector Arana and Hector Arana Jr attack the Pro Stock Motorcycle championship with their S&S-based Buell motorcycles and engines.

John Force Racing to take Chevrolet Camaro down track in 2015

Troy Coughlin hopes for a hat trick in Las Vegas