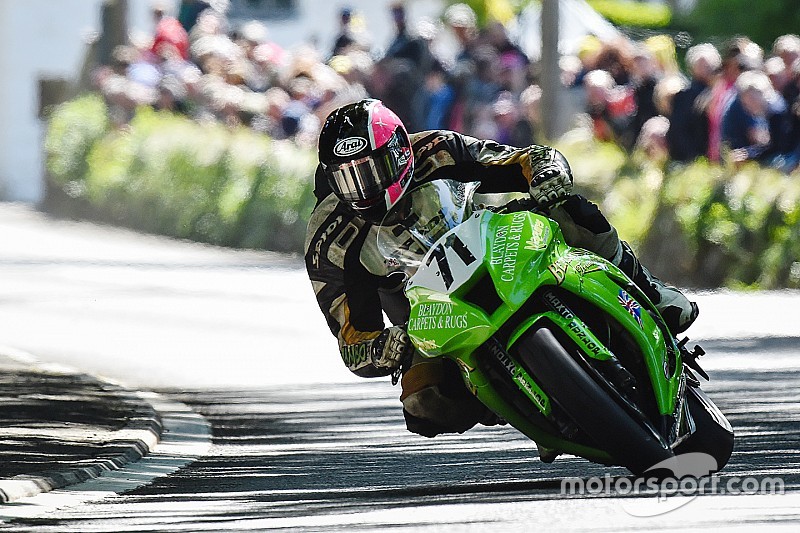 Superbike rider Davey Lambert has succumbed to injuries sustained while competing at the Isle of Man TT on Sunday.

The 48-year-old was seriously injured when he crashed his Kawasaki at Greeba Castle on Lap 3 of Sunday’s Superbike race, and was airlifted to Nobles Hospital being before transferred to Aintree Hospital.

He then passed away on Tuesday night local time surrounded by his family.

It was Lambert’s TT debut, although the British rider had experience with the famous road course having competed at the Manx Grand Prix since 2014.

“He went out of this world in exactly the way he would have wanted, doing what he loved,” read a statement from his family on Facebook.

“He was a big man with an even bigger heart, who will be sorely missed by so many.

“As a family we would like to that everyone for their kind words and support.”

The event also put out a statement regarding Lambert’s death.

“ACU Events Ltd regrets to announce that Davey Lambert, 48, from Gateshead, in Tyne and Wear, died this evening following injuries sustained during the Superbike race on Sunday 4th June 2017 at the Isle of Man TT Races,” it read.

“Davey had an accident at Greeba Castle on the third lap of the race and was treated at the scene before being taken by airmed to Nobles Hospital. He was subsequently transferred to Aintree Hospital in Liverpool where he passed away this evening.

“ACU Events Ltd wishes to pass on their deepest sympathy to his partner Tracey, his family and friends.”