Dalziel says he has a point to prove in World Challenge 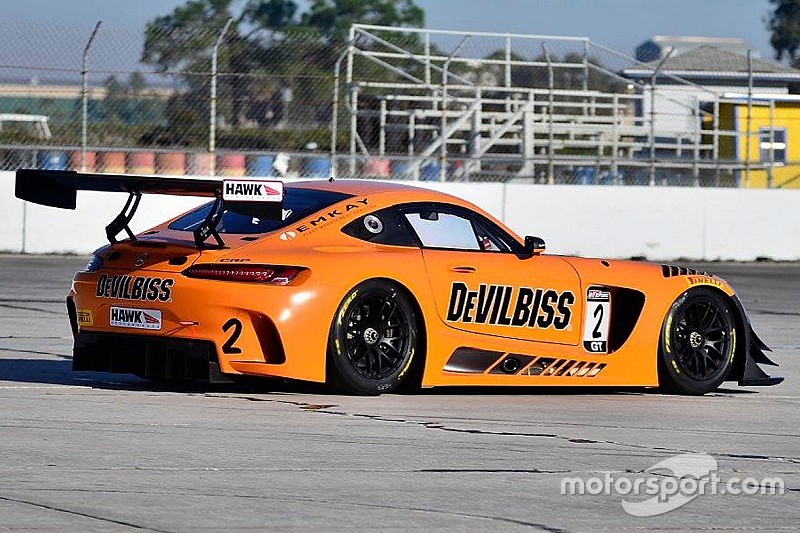 Ryan Dalziel says that he signed to race in CRP Racing’s new Mercedes AMG GT3 in order to prove that he could have won the 2015 Pirelli World Challenge GT title.

Dalziel missed three of the PWC races in 2015 to fulfill his commitments to the Extreme Speed Motorsport team in the World Endurance Championship. Despite this temporary absence, Dalziel still finished third in the championship for EFFORT Racing.

“I’ll be honest, I want to prove that I could have won the GT title back in 2015,” said Dalziel. “But that was my issue that I missed the three races. I had other racing commitments.

“That is not the case in 2017. I want to run for the GT title. The GT division is very tough and highly-competitive.  Just look at the season finishes the last two years. The point championship came down to the final race.

“The PWC GT class has some outstanding drivers this year,” Dalziel said. “I raced with many of them over the years and understand the competition level in the series.”

Dalziel said he was optimistic that CRP Racing’s Mercedes AMG GT3 will be a victory contender, but remarked that its handling was very different from the 911 he raced for EFFORT.

“The Porsche 911 drove a lot more like a prototype sports car similar to what I drive in the other series [WEC and IMSA],” Ryan explained.  “The front-engine Mercedes is a very good car, but I have had to change my driving a bit.

“The Mercedes is similar to the Dodge Viper I drove previously as well as the Chevrolet Corvette. It has big power and rear-wheel drive. And it’s fun to drive. It just takes a little time to get adjusted.

“Nick Short and his CRP Racing operation is excellent and the testing we did earlier at Sebring was very good. We didn’t get all of the runs we wanted that trip, so we’ll stop and run the Mercedes again before the St. Pete weekend.

“This car can be very competitive. We’ll continue to develop it as well. It has potential.”