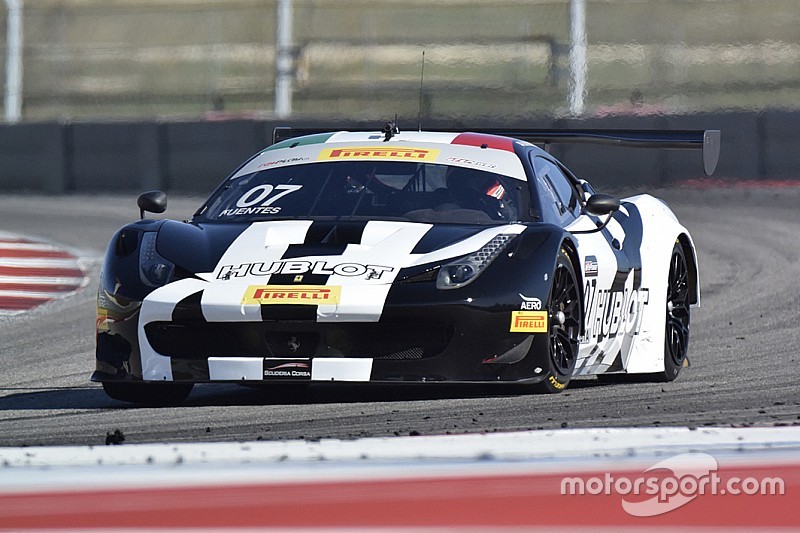 Entering the weekend as the GT-A-class championship leader on the strength of two victories at the season-opening event at Circuit of The Americas, Fuentes drove the Ferrari 458 Italia to victory in the third Pirelli World Challenge round held Saturday morning as well as the fourth on Sunday afternoon.

The two victories marked the latest successes for Ferrari in the Pirelli World Challenge, as the Ferrari 458 Italia has now scored 11 victories in the championship.

Fuentes started the weekend by qualifying on pole position in GT-A for Saturday’s race. The 50-minute race was run without caution periods, enabling Fuentes to establish a large lead as he led the race from start to finish. Sunday’s race was dramtically different, with two caution periods causing limited green flag racing and not allowing Fuentes to establish a lead. Withstanding the challenge of multiple restarts, he was able to keep the Ferrari in front of GT-A to score his fourth victory in four races.

Fuentes now enjoys a 66 point lead in the GT-A championship.

The next race for the Pirelli World Challenge will be April 15-17 at the Grand Prix of Long Beach.