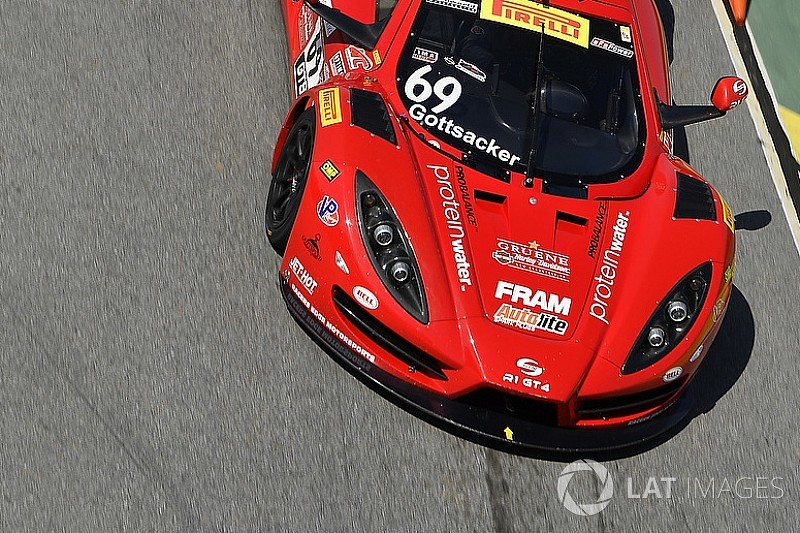 Harry Gottsacker finally nailed his first GTS SprintX victory at Portland on Sunday in the Racers Edge SIN R1, turning the tables on Panoz’s Ian James and Matt Keegan who beat him in Saturday’s round

The 18-year-old, starting from his second pole position of the weekend, made a perfect start – enhanced by the Blackdog Speed Shop Chevy Camaros of Michael Cooper and Lawson Aschenbach both beating Ian James’ Panoz Avezzano into Turn 1.

Gottsacker stroked away from the musclecars, but a caution period for a shunted Porsche Cayman wiped out his advantage. Soon after the restart, the pitstop window opened, and he pitted immediately and, as a solo driver, he stayed onboard and was sent out onto a clear track where he could use the SIN’s inherent pace.

By the time Keegan and the Camaros had emerged from pitlane (the Chevys now containing Tony Gaples and Andy Pilgrim) Gottsacker had checked out and the Panoz team came home second but some 8sec in arrears.

“This track is a bit like a karting track which I grew up racing on,” said Gottsacker, the former world karting champion. “This win is a big lift off of my shoulders. We have been so close before, like yesterday.

“I want to thank the Racers Edge Motorsports guys. They gave me a tremendous car all weekend.  Their strategy to pit at the right time was great today.”

Neither Camaro driver pairings claimed the last step on the podium. Instead, the PF Racing Ford Mustang of Scott Maxwell and Jade Buford clinched third, ahead of Gaples and Pilgrim

In the Amateur category, Preston Calvert did claim a win for Panoz – Calvert’s first solo GTS victory – and seventh overall, behind the GMG Racing Audi R8 of James Sofronas and Alex Welch.