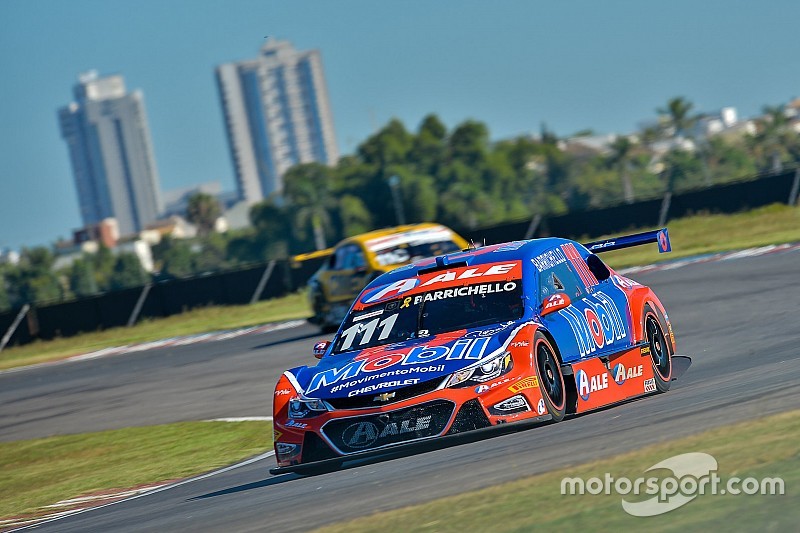 Former F1 stars Rubens Barrichello and Ricardo Zonta shared the wins, but Daniel Serra is the new series leader after being on the podium in both races at Goiania.

Zonta won the first race, having finished second on the road, after winner Thiago Camilo was penalized 20 seconds after the race for having jumped the start. Daniel Serra inherited second position and Marcos Gomes third.

In the second race, with the grid reversed from the top 10 of race one, Julio Campos was on pole. However, the closing Barrichello, who started fourth, had a faster pit stop and moved ahead of Campos after the mandatory stops, staying ahead until the end. Serra finished third, behind Campos.

After the race, an emotional Barrichello said: “In fact, if we used everything we could, we would get a fourth or a fifth in the first race. So we and the team principal are always monitoring. He tells me the gap to the next car, how many pushs-to-pass I have and all that stuff.

“We talk in a way to have a situation to be in the top-10, but with enough fuel to be able to run the second race well. As the stage has two races, you have the chance to use strategy and that's what counts.

"I always get emotional. And today I received the energy from my two children, so I was very happy and really touched with the victory.”

Even without a victory, Serra’s double podium finishes meant he regained the leadership from Barrichello. Serra said: “Two podiums in the same weekend shows how strong we were. Obviously we want to win races, but we had to manage our fuel strategy and the push-to-pass.”

Zonta issues quit threat after third exclusion in a year