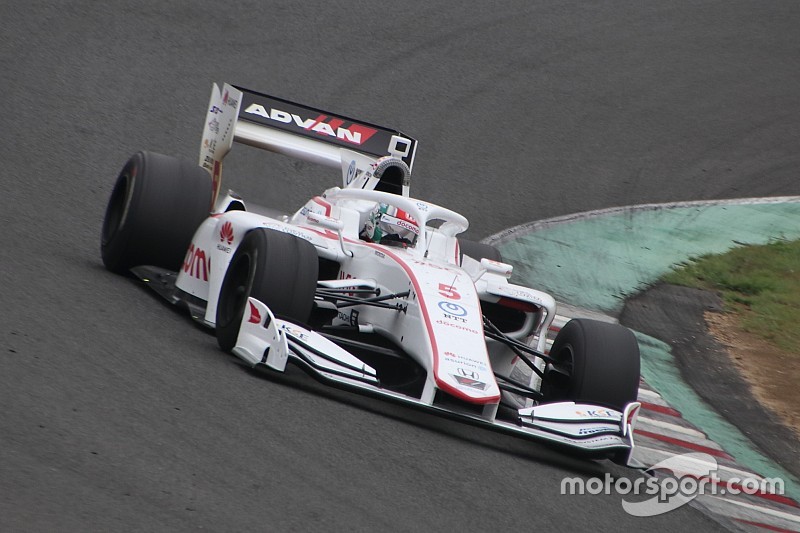 It was Koudai Tsukakoshi who set the early pace at the 3.7km circuit, his 1m06.198s effort putting him marginally ahead of Yamamoto at the top of the timesheets.

Tsukakoshi’s benchmark remained unbeaten until much later in the session, when Impul’s Ryo Hirakawa bolted on a set of soft tyres to clock a time of 1m05.851s.

Kondo’s Kenta Yamashita was next to snatch the top spot with 15 mins to go, going marginally quicker then Hirakawa, before Tsukakoshi returned to the top with a 1m05.763s flyer.

Times tumbled further in the final 10 minutes of the session, with Yuhi Sekiguchi, Alex Palou and Yamamoto all enjoying stints at front - the latter first to break the 1m05s barrier.

However, in the end it was Fukuzumi who ended the session faster, the Dandelion Racing setting a time of 1m04.812s with just three minutes to go.

Reigning champion Yamamoto ended up just 0.024s behind his teammate in second, with Nakajima Racing’s Palou a further 0.480s adrift in third.

Autopolis winner Sekiguchi was classified fourth as the top Toyota-powered driver, with TOM’S Nick Cassidy just behind in fifth.

Mugen driver Tomoki Tsukakoshi was classified sixth, while Tsukakoshi slipped down to seventh in the final order amid the late flurry of laps.

Yamashita finished eighth ahead of Hirakawa, while the top 10 was completed by B-Max/Motopark driver Lucas Auer.

Harrison Newey and Dan Ticktum languished down in 14th and 15th respectively, separated by a tenth of a second, while Artem Markelov propped up the timesheets in 20th position.

Reigning Japanese F3 champion Sho Tsuboi brought out the sole red flag of the session when he crashed at the SP Out left-hander. He ended up 18th in the classifications after failing to return to the track following his crash.