Naoki Yamamoto has lavished praise on his defeated rival Ryo Hirakawa following their fight in the Fuji Speedway finale that determined the outcome of their title battle.

Fifth place ahead of Hirakawa in Sunday's decider was enough for Yamamoto to wrap up his third crown in Japan's premier single-seater series by two points, also making him the first driver to win the SUPER GT and Super Formula crowns in the same year twice.

Yamamoto started five places ahead of Hirakawa, but a lacklustre start for the Dandelion Racing driver combined with a strong opening few laps for Hirakawa meant the two title rivals were lying astern for most of the race, rarely much more than a second apart.

Speaking in the champion's press conference, Yamamoto said that his focus was not on trying to win the race but on just doing enough to win the title, having gone into the event with a point in hand over Hirakawa thanks to qualifying third.

"Even though it was only 40 laps, there was so much pressure as Hirakawa was right behind me," reflected Yamamoto. "But I knew from practice that when I ran behind another car I lost downforce and couldn't pass, so unless Hirakawa's pace was much faster than mine I wasn't that worried about him overtaking me.

"I was able to race relatively calmly. Thanks to the fact that the front group were not close to me, I was able to get some clean air and my tyres didn't wear out so much, so I think I was able to leave something in reserve to keep Hirakawa at bay [at the finish]."

Yamamoto briefly dropped behind Hirakawa during the pivotal pitstop phase after the Impul driver came in for his stop on lap 14, a lap before Yamamoto.

While Yamamoto initially resumed clear of Hirakawa, the latter had the advantage of his tyres already being up to temperature and was able to sweep around the outside at the long 100R right-hander before completing the move at the hairpin.

But at the end of that lap, Yamamoto drafted past Hirakawa along the start/finish straight with the help of the Overtake System (OTS) and defended his position into Turn 1, running slightly wide before completing what turned out to be the title-deciding move heading into Turn 3. 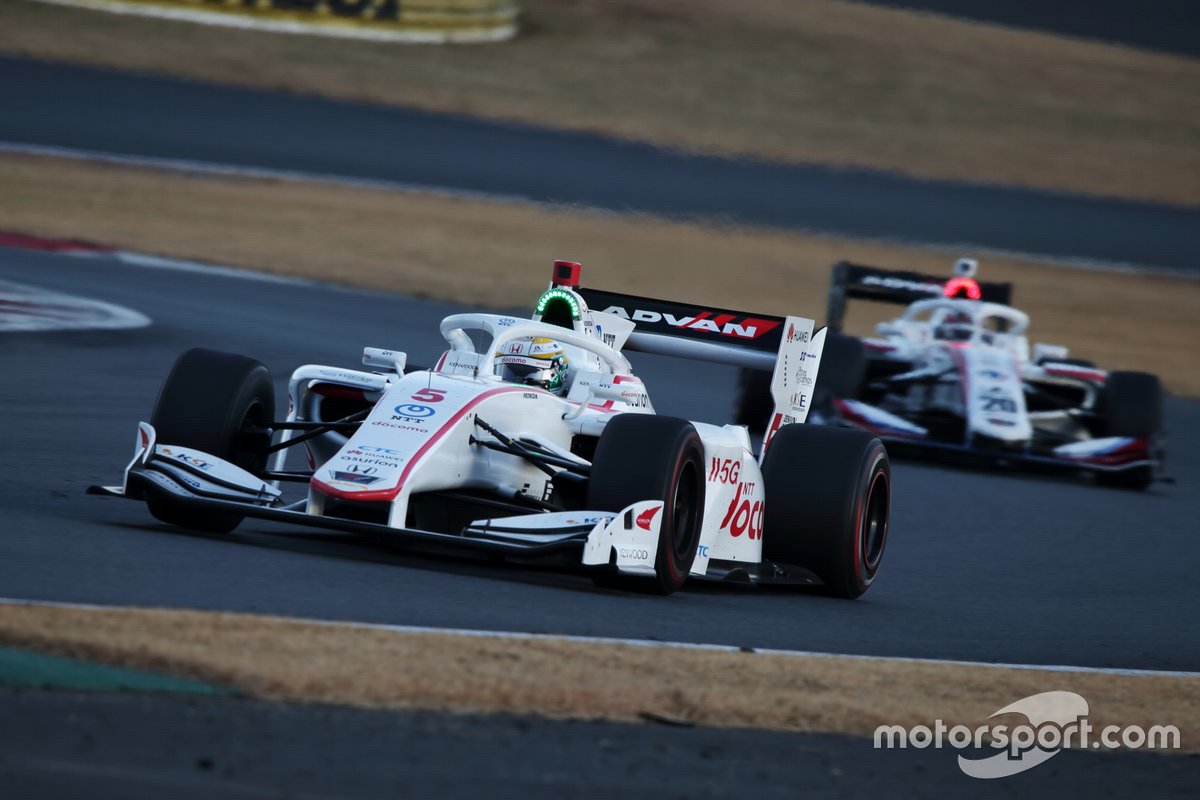 "I didn't expect him to be so close behind, so even with the tyre warmers the track temperature was dropping and it was incredibly difficult to warm up the tyres," said Yamamoto when asked by Motorsport.com about his pivotal fight with Hirakawa.

"When I overtook him in the first corner he couldn't use it. He didn't use it and I used it and overtook him, so when we got into a battle on the back straight or somewhere else, I didn't dare use it and saved it. I knew that if I stayed behind him at the last corner I could use the OTS to get past him, so that was the plan."

After the race, Yamamoto was seen sharing a brief word with his rival in parc ferme following Hirakawa's second title defeat in the space of three weeks.

"I think the great thing is that, even though he wanted to win the championship too, but he was very fair," said Yamamoto of Hirakawa. "This year, in both SUPER GT and Super Formula, he has been a personal rival, and that is why I have been able to do my best.

"It must have been hard for him to congratulate the champion having just lost, but I'm sure a driver as strong as him will get another chance." 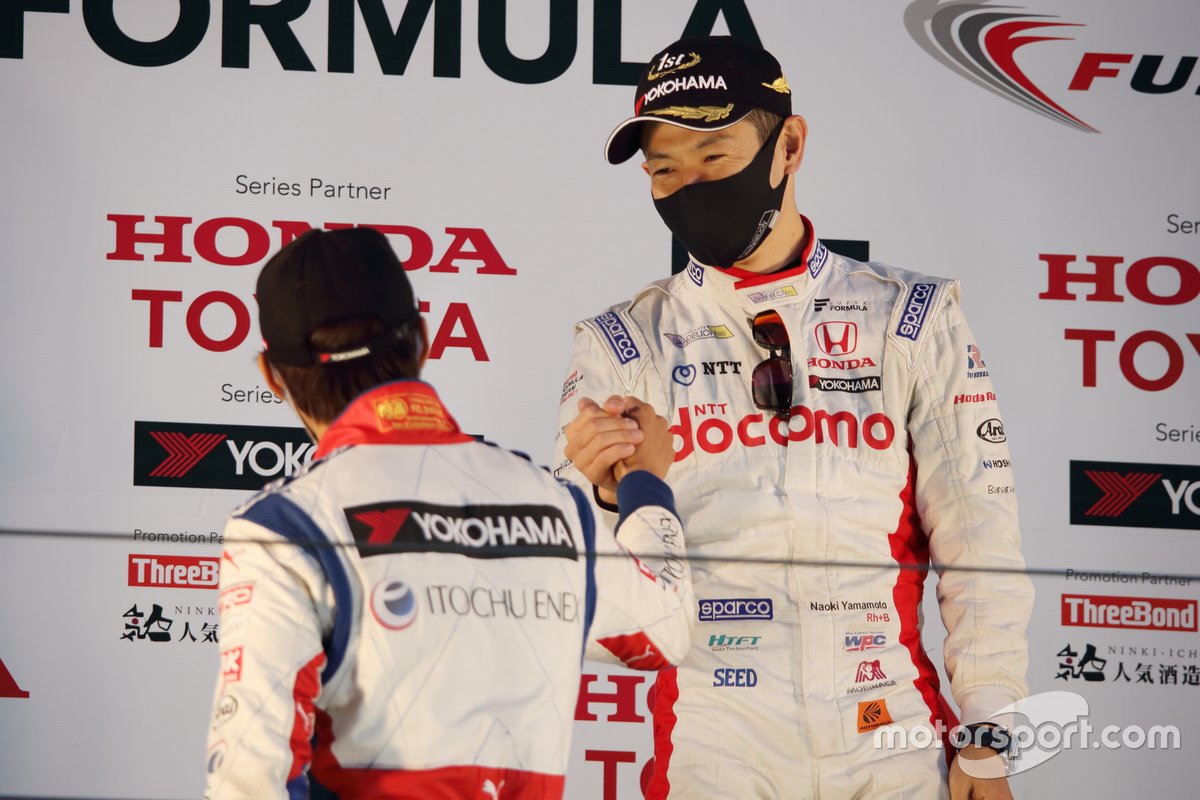