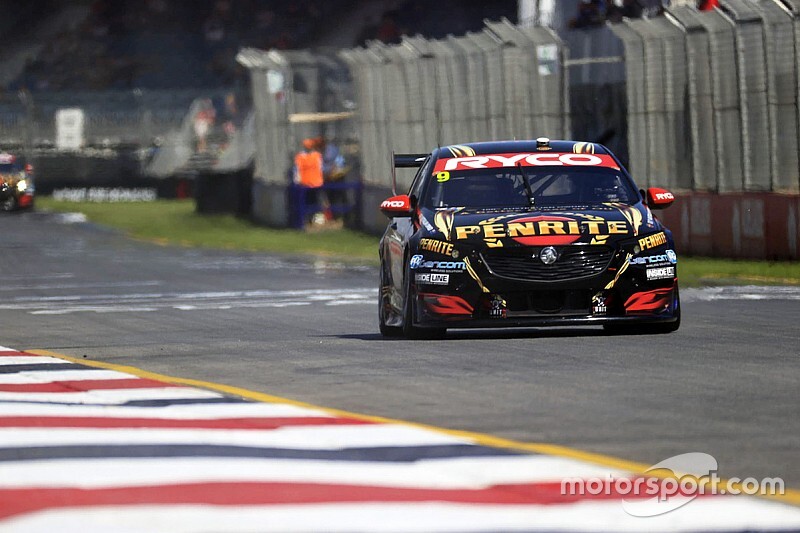 David Reynolds topped an opening practice session for the 2020 Supercars season that was shortened by a red flag.

The Erebus driver sat top of the times for the majority of what was meant to be a 45-minute session, going quickest inside the first 10 minutes with a 1m20.686s.

That time may not have survived the inevitable happy hour in the final two minutes, however a late red flag cut proceedings short.

The issue was an awkward clash between Lee Holdsworth and Garry Jacobson at Turn 3, the former on a flyer when he came across the latter on the racing line.

"My car was pretty good straight out of the gate," said Reynolds.

"At the test day on Tuesday I was like 16th or something, and that was my genuine pace. I was looking to make all these excuses but I was genuinely slow.

"Then, different track, different day and my car was amazing, straight out of the gate. I had a ball.

"It's difficult though, like it's not easy to drive, I'm battling everywhere, heaps of oversteer, but it's a lot of fun."

Shane van Gisbergen finished up second, just 0.009s off Reynolds' pace, despite a mid-session trip up the Turn 4 escape road.

Rick Kelly led the way for Kelly Racing in its first session as a Ford team, the former series champ 11th quickest. It was hardly a straightforward hit-out, though, with a leaking fuel filler restricting early running followed by a decent whack of the wall at Turn 8.

It was an eventful session for James Courtney in the brand new Team Sydney entry.

It started with a weird run-in with Todd Hazelwood on an out-lap, the BJR driver seemingly not realising Courtney was trying to pass him which led to light contact.

Courtney then survived a near-miss with the wall at Turn 8, before calling it quits with 20 minutes to go thanks to a bent lower control arm.

He finished up 22nd fastest, one spot behind teammate Chris Pither.