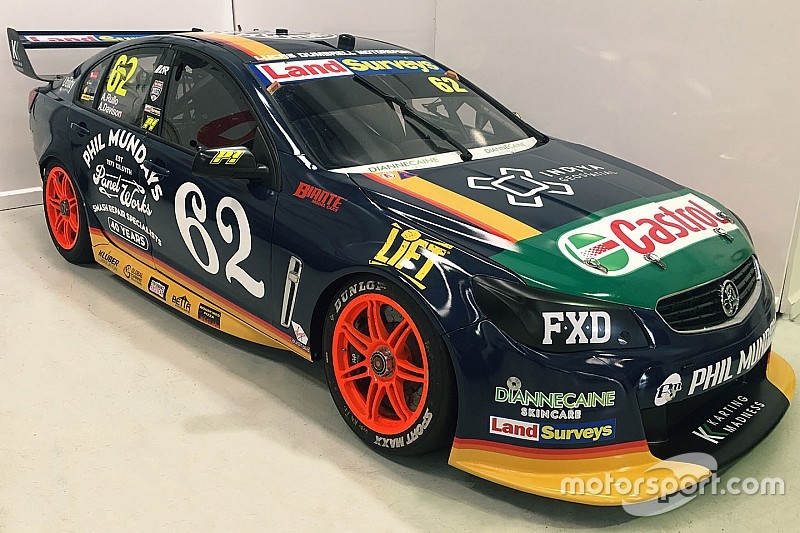 Supercars squad LD Motorsport has pulled the covers off a pair of retro liveries ahead of this weekend’s retro-themed Sandown 500.

Both of the LDM Commodores will carry signage inspired by old school logo designs from the two primary sponsors.

The #3 car, which will be raced by Taz Douglas and Aaren Russell, will carry artwork originally used by sponsor Plus Fitness when it was launched 21 years ago.

The 1990s logo design has been paired with a fresh take on the company’s corporate colours of blue, orange, and white.

“We have used our first ever logo which we all thinks looks pretty retro even for the ’90s so we are confident the car will look great on the track,” said Plus Fitness’s founding director John Fuller.

“We are really pleased to have contributed in some way to this special round and join in as part of the retro theme.”

“I started in business when I was 19 with a small panel shop, this was my very first company logo!” said Munday.

“It’s hard to believe it was almost 40 years ago. “Our livery is based around the 40-year anniversary this year, we have had some retro themed t-shirts made for all our long time staff who have worked with me over the 40 years.

“The design turned out so well we decided to carry it across to the Retro Round as it was a great celebration of the business.

“It’s great to have the Retro Round where everyone has the chance to show off their old school designs! A lot of creativity and thought goes into this round.”