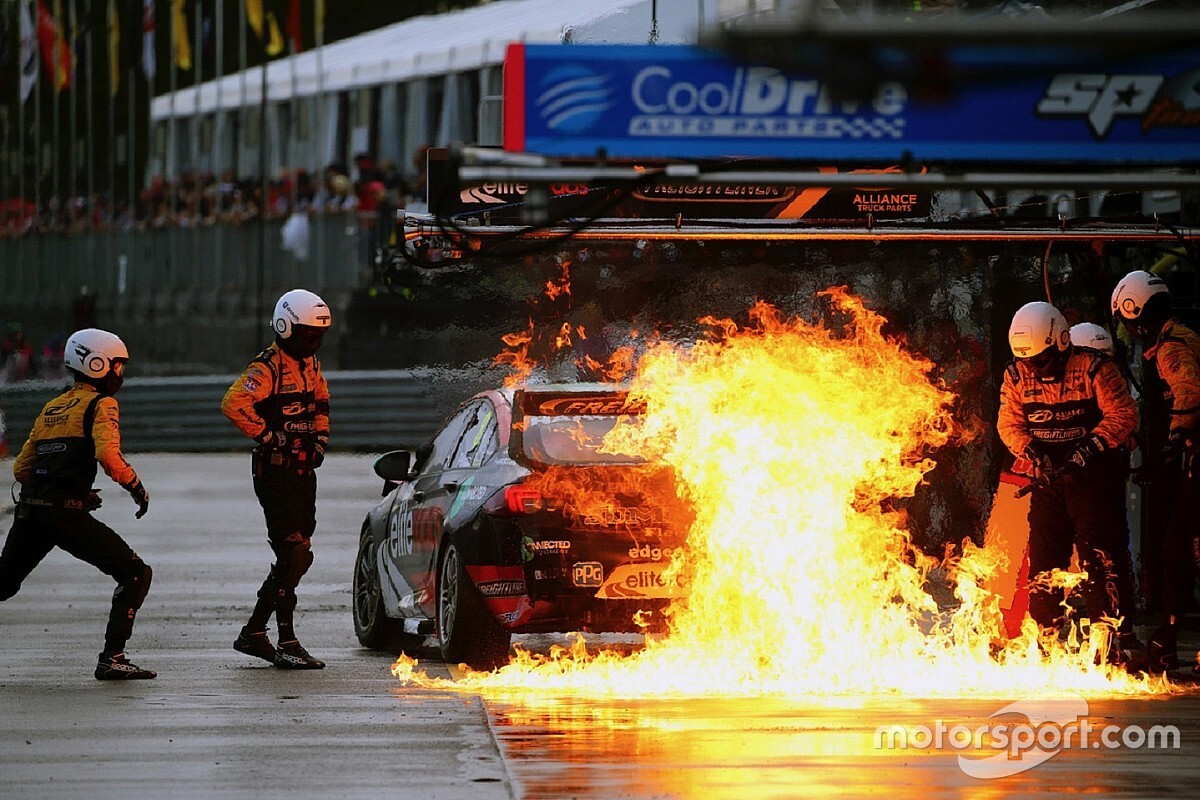 Supercars continues its northern swing this weekend with the first of two consecutive events on the streets of Townsville.

The Townsville SuperSprint will feature three 110-kilometre races, each including a mandatory stop for at least two tyres.

This weekend's tyre regulations will mirror those from Darwin last weekend, with teams starting with one set of pre-marked tyres and seven sets of brand new soft compound Dunlops.

At the end of Practice 2, however, the pre-marked tyres and two sets of the new softs have to go back to Dunlop, leaving each driver with 20 tyres to complete all competitive sessions.

The big unknown is the degradation on the Townsville streets. While those five sets of softs were plenty in Darwin, allowing Scott McLaughlin to clean sweep last weekend, it could be that drivers will need to pick and choose their opportunities this weekend.

That could open the door for a third brand new race winner this season, with Jack Le Brocq and Anton De Pasquale having already profited from tyre regulations since racing resumed in June.

There has been a small tweak to qualifying this weekend, with a return of the Top 10 Shootout on Saturday rather than the Top 15 Shootout.

Sunday's grids will be determined by back-to-back 10-minute sessions.

McLaughlin heads to Townsville well in control of the series, the DJR Team Penske driver boasting a 177-point lead over Jamie Whincup.

When is the Supercars Townsville SuperSprint?

Saturday's action will kick off with a pair of practice sessions, the first of which starts at 10:00am AEST. They will be followed by a three-part qualifying session, starting at 12:45pm AEST and culminating in a Top 10 Shootout at 1:20pm.

On Sunday the first of two back-to-back qualifying sessions starts at 10:40am AEST, with races at 1:05pm AEST and 3:40pm AEST.

How can I watch the Supercars Darwin SuperSprint?

The live Fox Sports coverage for Saturday's Supercars action in Darwin will start at 9:45am AEST, right before the first of two free practice sessions.

On Sunday the Fox Sports telecast will begin at 10:30pm AEST before the first of two qualifying sessions.

Channel 10's live coverage will begin at 11:00am AEST on both Saturday and Sunday.

Can I stream the Supercars Darwin SuperSprint?

Qualifying for the Supercars Sydney SuperSprint can be live streamed via subscription streaming services Foxtel Go, Foxtel Now and Kayo.

Foxtel Go is part of a regular Foxtel subscription, while Foxtel Now is a standalone service that costs $54 per month including the Sports package.

Kayo is a dedicated sports streaming service with subscriptions starting at $25 per month.