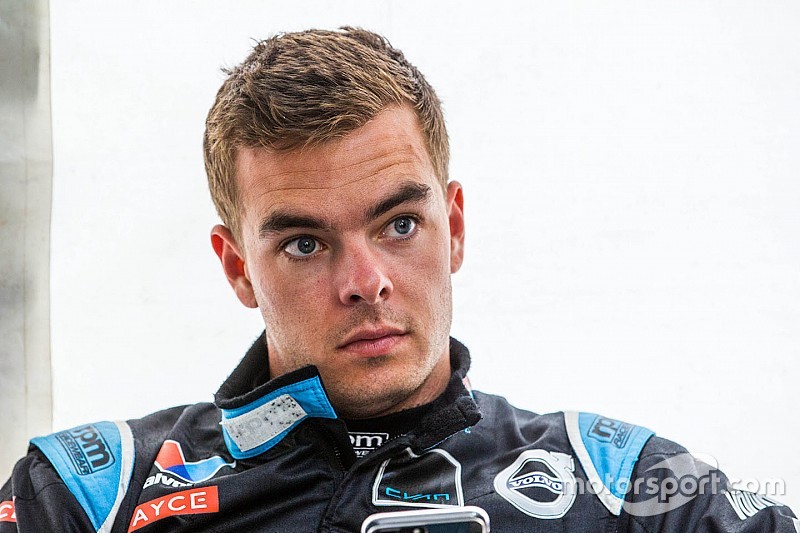 Scott McLaughlin kicked off his final weekend as a Garry Rogers Motorsport driver by beating James Courtney to P1 in the first practice session.

The Kiwi got the best of the quick running right at the end of the hour-long session, jumping to the top right at the flag with a 1m27.809s despite rubbing the wall at the last corner.

“I’m really pumped for this weekend,” said McLaughlin, who will switch to DJR Penske in the off-season. “I love this track, you’ve got to put it on the line. It’s a good start.”

James Courtney finished second in the Holden Racing Team Commodore, having gone fastest just 10 seconds from the end of the session. He had been the first into the 1m27s, only to be edged out by McLaughlin by 0.009s moments later.

“I always love coming out here, I love street circuits,” said Courtney. “I’m a happy chappy at the moment, quietly feeling good about it. The car is doing what we need and reacting to change.”

It was the title-contending Red Bull Racing Australia Commodores next, Jamie Whincup leading Shane van Gisbergen. Both drivers improved on their last laps, both dipping into the 1m27s, but it wasn’t enough to overhaul the top two.

Despite being pipped by his teammate and sole title rival Whincup, van Gisbergen was happy enough with his session.

“The track is very slippery. It’s so much on the soft tyre around here, but the track is very clean,” said the Kiwi. “The rubber will go down and we’ll get quicker and quicker . We’ve just got to chase the track now.”

Tim Slade finished up fifth fastest in the Brad Jones Racing Commodore, with Craig Lowndes setting a time good enough for sixth fastest before hitting the wall hard on the exit of Turn 8.

Rick Kelly was the best of the Nissans in seventh, Will Davison leading a trio of Commodores rounded out by Garth Tander and Lee Holdsworth at the back end of the Top 10.