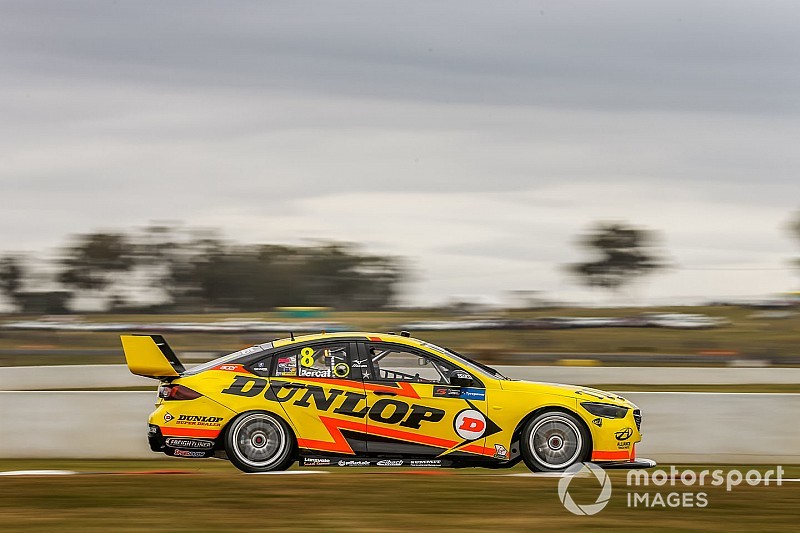 It was the Brad Jones Racing cars that led the way in the first two minutes, Percat and Tim Slade enjoying spells at the top either side of a red flag four minutes in caused by Lee Holdsworth going off at the hairpin.

A third of the way through the half-hour session the Walkinshaw Andretti United Holdens took over, James Courtney going quickest with a 51.149s before a two-lap stint from teammate Scott Pye moved him into second and then top spot with a 51.118s.

The next change at the top didn't come until the happy hour at the end of the session, Scott McLaughlin briefly going quickest with three minutes to go with a 51.006s.

Seconds later David Reynolds went quickest with a 50.803s, before Percat landed the hammer blow with a 50.695s with 90s to go.

“Obviously [the car is] fast, we stuck to our programme and didn’t do anything crazy and just kept doing our test items," said Percat.

“That was all used tyres then. I want to be able to use my new tyres from yesterday, which I’ve done one lap on, to try and get through to Q2 without using a [new] set."

Reynolds ended up second, Fabian Coulthard the best of the Mustangs thanks to a 50.845s right at the death.

McLaughlin improved on his final run but was still shuffled back to fourth, followed by Slade, James Golding and Holdsworth.

Courtney ended up back in eighth, Todd Hazelwood the best of the Triple Eight-build Holdens in the field in ninth and Jamie Whincup rounding out the Top 10 in the Red Bull car.

Rick Kelly was the hard luck story of the session, his Nissan dropping a cylinder, which cost him plenty of track time and left him at the bottom of the time sheets. The car will undergo an engine change before qualifying this afternoon.