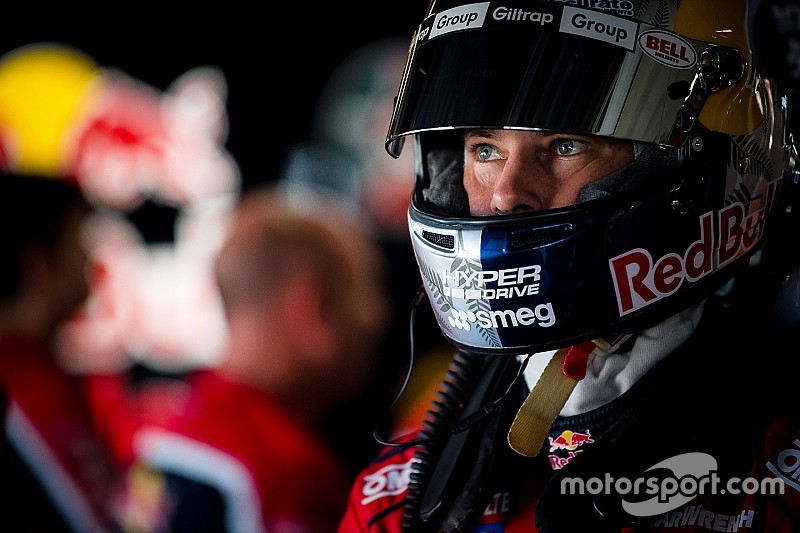 Despite clean-sweeping the season-opening Clipsal 500, Shane van Gisbergen says he’s still concerned over what he says are “uncomfortable” vibration issues in his brand new Commodore.

The reigning champion had what was essentially a perfect weekend in Adelaide, winning both pole positions and both 250-kilometre legs of the race. Saturday’s win was a dominant one, while yesterday he was forced to hunt down Scott McLaughlin, passing the DJR Team Penske driver with three laps to go.

However despite coming out of the first round with 300 points, van Gisbergen admitted after Sunday’s win that the same vibration issue cost him track time during the Sydney Motorsport Park test continued to bother the team throughout the Adelaide race meeting.

“It’s not that we weren’t confident [going into Clipsal], but we had a pretty average test,” said van Gisbergen.

“We still learned a lot but we had some unknowns with the car. Even this weekend we had some vibrations and stuff like that, so it was a bit of a struggle.

“The car is still fast, it doesn’t cost us any time, but it’s just uncomfortable knowing there’s something is up with the car.

“There were a few big problems all weekend. We chipped away at them, but never fixed them.

“We need to fix that and make it better.”

Jamie Whincup, meanwhile, reckons the absence of even a single Safety Car period during Sunday’s race cost him dearly.

After almost matching van Gisbergen in regular qualifying, Whincup tumbled to the fifth row of the grid during the Top 10 Shootout when he jumped the Turn 1/2 kerb and had his lap disqualified.

That led to Triple Eight starting the #88 Commodore on a high fuel load in hope of a Safety Car, and when the caution never came the best he could manage was sixth.

“We fought hard, I’m pretty proud of what everyone’s done, we just can’t take a trick with the strategy. We put a heap of petrol in and really relied on a Safety Car. Who would have thought there would be no Safety Car in 250 kilometres!

“All in all we had good car speed. Massive congratulations to Shane van Gisbergen, awesome team result. I just wish car #88 had contributed more than it did.”