Matt Stone Racing has confirmed that young guns Zane Goddard and Jake Kostecki will share its second seat for the 2020 Supercars season. 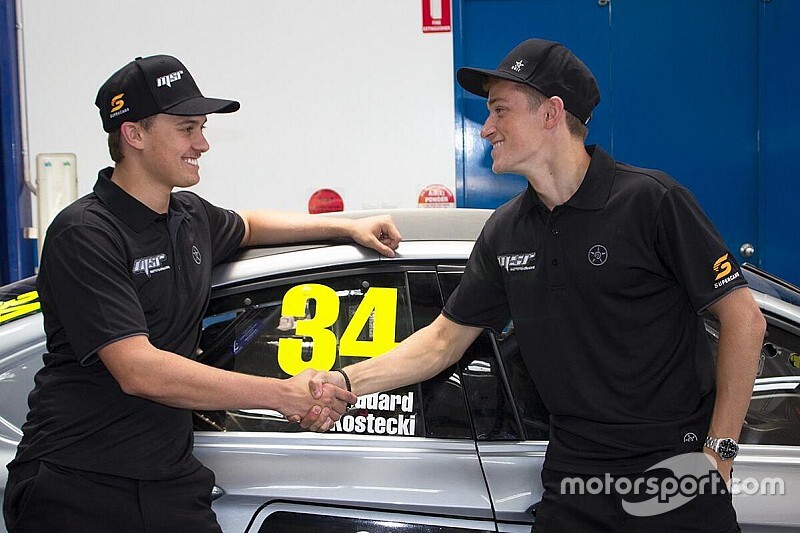 The Holden team will become the first to effectively split an entry between two drivers, Kostecki and Goddard to take turns during the single-driver rounds, before teaming up for the three endurance races.

The team has dubbed the programme SuperLite.

Super2 regular Goddard will be the first to race the car at a single-car round with an Adelaide 500 berth, followed by hit-outs at Symmons Plains, Pukekohe, Winton, and Sydney Motorsport Park.

Kostecki, who debuted at this year's enduro in a family-run wildcard entry, will race at the Albert Park, Perth, Townsville, Darwin and Sandown rounds.

Which of the two drivers will race the car at the season-ending Newcastle 500 is yet to be determined.

“We also see this as a major boost for the Dunlop Super2 series, helping provide a clear pathway for drivers to hone their skills then take the next step when they are ready.

“Zane and Jake are a fantastic pairing. Both hungry to succeed and eager to learn from each other and the greater team around them, including Garry.

“We congratulate Supercars for not only backing this new initiative, but for the quality framework that has been developed around it, including prize money for Super2 to further assist drivers make a career from motorsport in Australia."

Goddard, who finished fourth in Super2 this season, says the main game promotion is a dream come true.

“My life is racing," he said. "To be given the opportunity at 20 years old, after two great seasons in Super2, to fulfil my dream of racing in main game is mind blowing.

“I can’t thank Matt Stone and the team at MSR enough for believing in me, plus my sponsors and my parents who have been such a strong guiding influence in my life and racing so far."

Kostecki added: “Our wildcard entry into main game this year with [Kostecki Brothers Racing] really opened our eyes as to the commitment, resources and teamwork required to succeed in Australia’s greatest motorsport category.

“I believe this programme gives me the best possible chance to develop the racecraft I need to ultimately step into a full-time main game seat.

“I can’t wait to get stuck into working with MSR and get to the track to cut some laps. Between Zane and I, we will be splitting the championship up, but we both will be working towards the same goal which is to get solid results and learn as much as we can.”

Almost the entire 2020 grid is now locked in, with only Bryce Fullwood's spot at Walkinshaw Andretti United, and the exact make-up and driver of the second Sydney entry, unconfirmed.