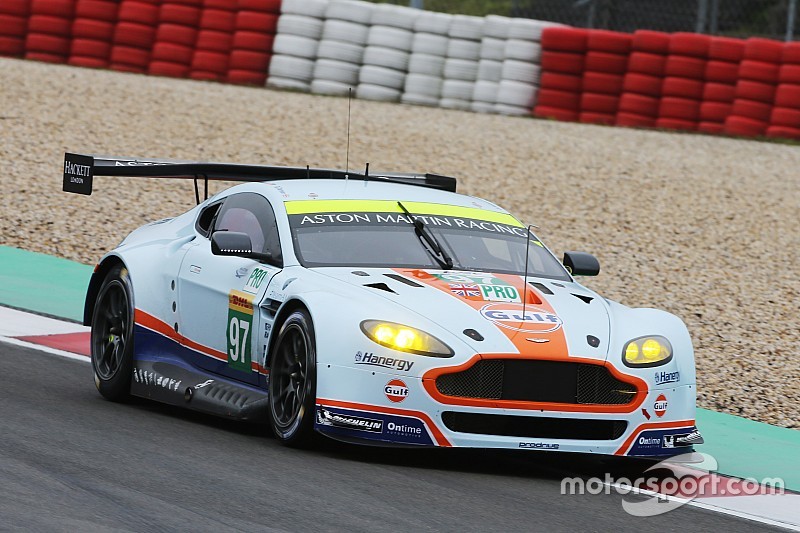 Gaydon – Aston Martin Racing returns to the USA this weekend for the fifth round of the FIA World Endurance Championship (WEC), the Six Hours of the Circuit of the Americas, and brings in Benny Simonsen (DN) and welcomes back Jonny Adam (GB).

Simonsen, brother of former Aston Martin Racing driver Allan Simonsen, will race the #96 Gulf-liveried Vantage GTE in replacement of Roald Goethe (DE), while he attends important business commitments. The 31-year old, who tested with the team in 2014, will make his Aston Martin Racing works team debut this weekend.

Jonny Adam will return following impressive outing at the Nürburgring

In addition, the team welcomes back Adam after a very strong run at the WEC Six Hours of the Nurburgring last month. The 31-year old, who won the British GT Championship last weekend, will race alongside Darren Turner (GB) in the #97 Hanergy-liveried Vantage GTE.

“Giving up-coming talent an opportunity to step up to the top level of racing in the world is something that is important to our team,” commented Team Principal John Gaw. “Both have impressed this year with Jonny becoming the British GT Champion and Benny taking a class podium in Spa 24 Hours, so we’re looking forward to them joining the Aston Martin Racing works WEC team.”

Aston Martin Racing runs five Aston Martin Vantage GTEs in the WEC and, this weekend, cars #95, #96 and #98 will continue to carry the iconic Gulf livery while the #99 returns to the same Valero livery that it ran at Silverstone at the start of the year. The red and yellow Hanergy livery will be transferred onto the #97 Vantage GTE and all cars welcome new sponsor Spirent Communications to the team.

“We know we have a huge challenge ahead of us this weekend for all five of our cars,” continued Gaw. “We struggled at Nürburgring, as a result of the BoP changes, but our team always faces challenges with positivity and determination so we can get the best result possible.”

The ‘Six Hours of the Circuit of the Americas’ takes place on Saturday 19 September at 1700hrs local time.
Join in with the team on Facebook, Instagram and Twitter using the hashtag #teamAMR.