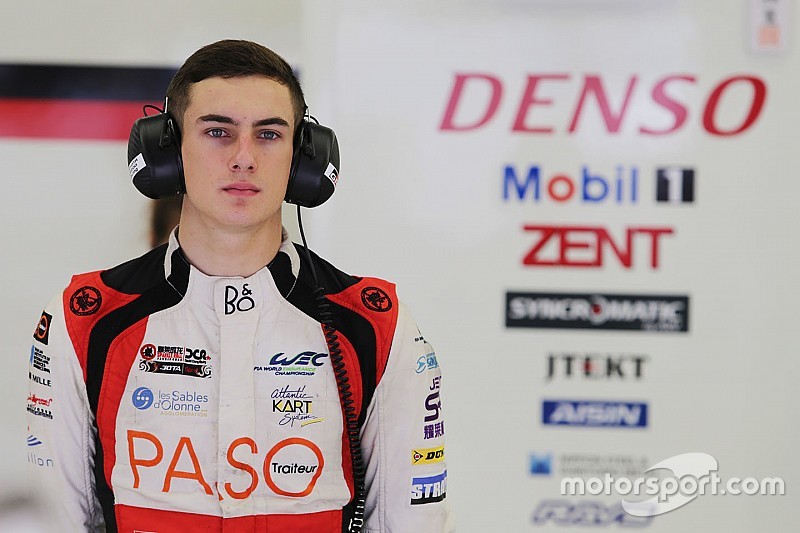 David Cheng, team owner of Jackie Chan DC Racing, says he believed he had secured Thomas Laurent for the 2018/19 FIA World Endurance Championship season until his "surprise" defection to Rebellion.

French teenager Laurent was one of the revelations of the season in his rookie WEC campaign, which he spent with DC Racing alongside Oliver Jarvis and Ho-Pin Tung.

The trio led the LMP2 drivers' standings for much of the season, bolstered by class victory in the Le Mans 24 Hours, but ended up losing out on the title to rival squad Rebellion in the Bahrain season finale after the #38 Oreca experienced a fuel pick-up issue.

Laurent, who made his LMP1 test debut in Bahrain for Toyota, was announced this week as part of Rebellion's line-up for the Swiss squad's return to the top class.

But Cheng said an agreement had already been struck in principle for the 19-year-old to stay at DC Racing for the 2018/19 season, as well as for the Daytona 24 Hours in January.

He added that the squad was now considering its options in the wake of Laurent's likely departure.

“I knew that many people had expressed interest in Thomas, but last month we had a letter of intent already to renew Thomas's contract for our line-up for the WEC superseason," said Cheng.

“I saw Thomas at our team’s end of year Christmas party and he had told me that nothing is signed with Rebellion. So of course the announcement came as a surprise.

“We developed Thomas since the beginning of his career, but we would never stop Thomas from exploring further opportunities. Ultimately the choice will be his, where he feels he wants to go.

“It’s a shame how the situation developed, but we’ve been discussing as a team potential courses of action to take, while we await final decisions and signed contracts.”

As well as Laurent, Jarvis is unlikely to return to DC Racing for the 2018/19 WEC campaign, having switched to the IMSA WeatherTech SportsCar Championship with Mazda Team Joest.