This week, Porsche managed to shatter the Formula 1 lap record around Spa-Francorchamps with an upgraded version of its 919 Hybrid. How did it manage such a feat? Matt Somerfield takes a closer look.

It’s rare that we get to see the result of race programmes when they come to an end, but Porsche has done something incredibly special by creating the 919 Evo tribute, a machine that totally ignores the technical regulations that held back the potential of its FIA World Endurance Championship-winning brethren.

So, what do you do with such an animal? You uncage it and let it smash the lap record at Spa, obviously. The lap record was relatively fresh too, having been recorded last year by Lewis Hamilton in his Mercedes W08, a machine that had also had a serious increase in downforce thanks to the new Formula 1 regulations introduced in 2017.

Jani not only beat the time, but smashed it, recording a 1m41.770s, which is 0.783s quicker than Hamilton’s pole lap and astonishingly over 12 seconds faster than the WEC pole lap. With a few tenths of a second considered a lifetime in motorsport, let’s delve into how this is even remotely possible… 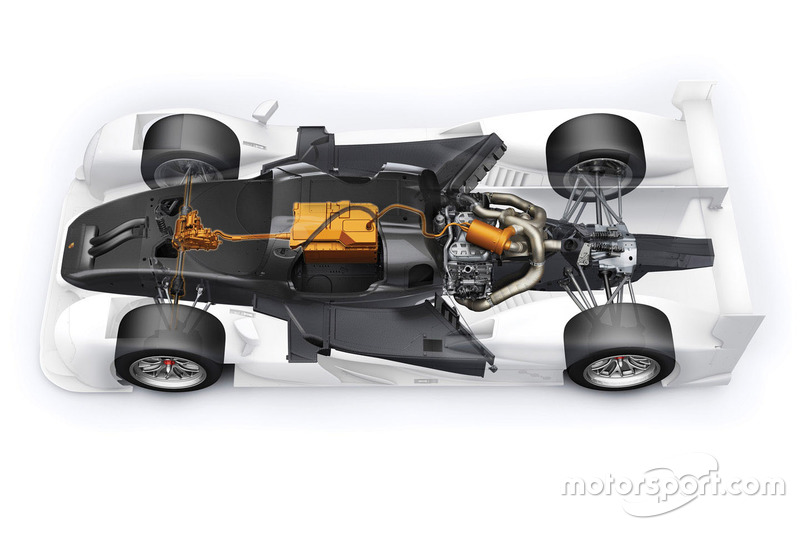 Firstly, it’s worth noting that as part of the project it was decided that the 919’s powertrain would remain untouched, as the Evo continued to be powered by Porsche’s turbocharged two-litre V4 engine with two energy recovery systems.

However, without the limitations imposed by WEC’s LMP1 regulations the development team was free to ignore the fuel flow constraints and upped the flow rate in order that the Evo’s engine delivered 720bhp in its own right (up from 500bhp) while still using regular race fuel.

As part of the efficiency matrix that shackled the 919 in its 2017 pole lap, the driver only had 6.37 megajoules of energy at his disposal, but for this ‘balls-to-the-wall’ run, Porsche exploited the energy recovery system's full potential, gaining another 40hp as it utilised 8.49 megajoules of energy.

Combined, that sees the powertrain's output increased from an already-healthy 900bhp to a mind-blowing 1160bhp - an astonishing achievement given it’s being done with the same equipment and fuel, albeit with a number of software updates.

Increasing the car's output by a third would be useless without being able to control it, and so it’s no surprise that under the car's frame numerous changes had to be made too. The Evo utlises a four-wheel brake-by-wire system giving the driver more control in yaw. New front and rear suspension wishbones had to be crafted in order to endure the higher loads that the car would be put under.

The Pitch Link System (PLS) used to control the car's attitude was also updated and includes an actively controlled lockout system, which was not possible due to WEC regulations. All of these changes required the power steering to be adapted too, in order that Jani could capitalise on the 919’s newfound agility.

Of course, all of this would be for nought if it cannot be transferred to the tarmac and so, Michelin, which was immediately enticed by the thought of seeing the 919 being able to lap quicker than an F1 car, developed new compounds to deliver the necessary grip.

A motorsport engineer's biggest enemy is weight. As such, the 919 went on a serious diet, shedding all non-essential components. The Evo weighs 39kg less than its sibling with the air conditioning, windscreen wiper, several sensors, electronic devices from race control, lights systems and the pneumatic jack system all discarded.

As we know, in topline motorsport aerodynamics are a huge differentiator, and the Evo’s aero package is certainly no different, with drag reduction systems (DRS) added front and rear and a totally revamped aero solution resulting in 53 percent more downforce and an increase in efficiency of 66 percent.

Of course, these gains are predominantly down to the fact that aerodynamicists threw the technical regulations in the bin, but there are also developments that didn’t see the light of day because Porsche didn’t compete in WEC this year that have made their way onto the car. 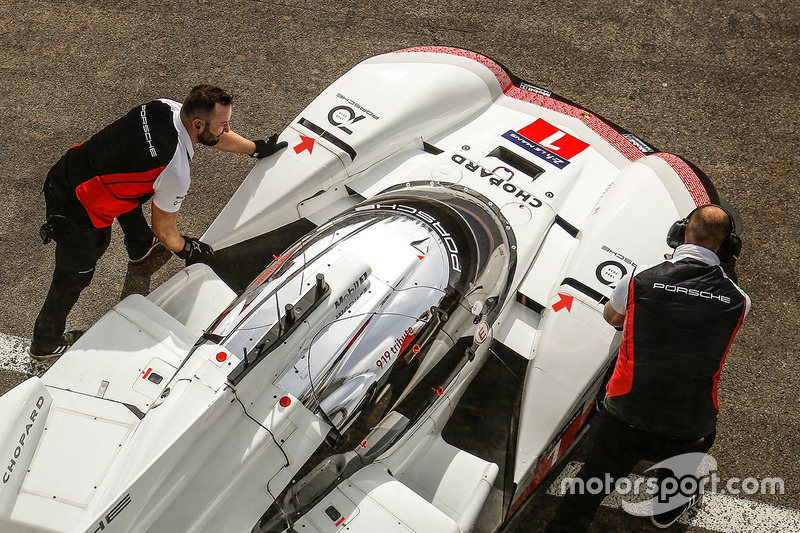 The front of 919 has been totally reworked, and with the headlight assemblies considered total dead weight, the designers could streamline the fenders and dramatically reduce the size of the regulatory holes introduced by rulemakers to reduce the chance of takeoff when the car goes sideways (red arrows).

A major driving force in the car's drag reduction and improved downforce comes from the hydraulically-operated DRS, which changes the angle of the front splitter's trailing edge. It's a solution that's twinned with a much larger and more rearward-cited rear wing assembly, that also features DRS - improving balance, reducing drag and increasing downforce.

Underneath the Evo, the designers have reworked the floor, optimising flow towards a revised diffuser that takes advantage of fixed height side skirts, which help to seal the edges of the floor and increase ground effect.

The slatted rear assembly in the rear wheel pods have been discarded too, as they were more about fulfilling regulatory criteria than enhancing performance. Along with this, the team tidied up the entire rear end, while the side skirt was modified further during the course of three-day test, undoubtedly as a result of needing to improve the aerodynamic behaviour of the car (red arrows). 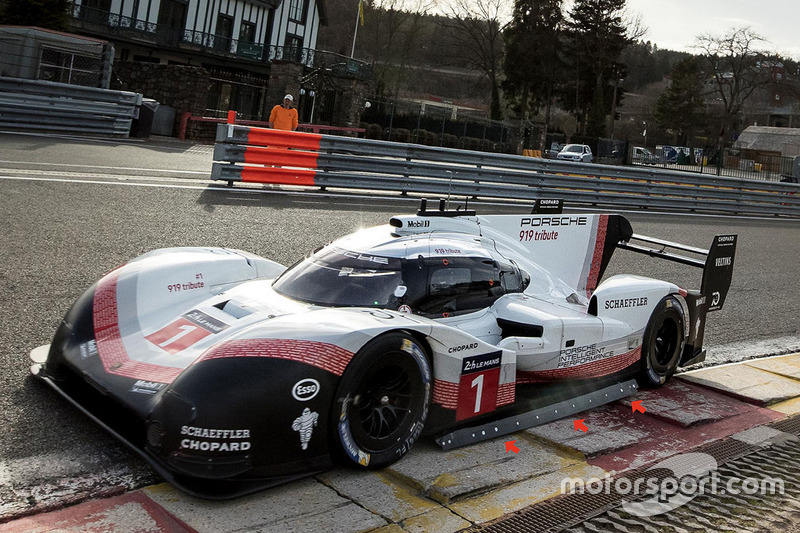 You might argue that the Evo is a pointless exercise, but I think that’s kind of the point - it is pointless, but it has allowed engineers that have worked on the 919 for over four years to loosen the reins and at least take a glimpse at what is possible.

That said, the Evo is still barely scratching the surface of what is attainable, with the limitation of time, funding and resources holding back its absolute potential - perhaps one day management will see fit to loosen the purse strings even further.

In the meantime, the challenge has been laid down. Over to you F1, it’s time to take back your mantle.