The Repton-based race engine and chassis manufacturer has named Motul, which has a long history of association with motor sport, as a technical partner and the supplier of its official lubricants. 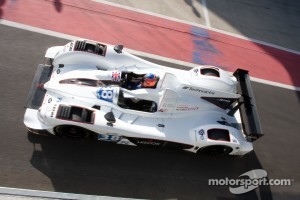 Motul will work closely with Zytek on the development of its engines, supplying oil for its engine test facility, as well as workshop consumables and on-track technical support.

In addition to manufacturing its own V8 engines, Zytek is a European distributor and service centre for the highly successful Nissan VK45DE LMP2 power unit.

Thus, Motul will also provide the recommended oils for these engines from Nismo, Nissan’s motorsport arm. All the fluids will be provided through Motul’s associate company MotulTech, including manufacturing oils.

Motul already has a strong relationship with Zytek through technical partnerships with two of its major customers, Greaves Motorsport and Jota Sport, both of which race the Zytek-Nissan Z11SN LMP2 sportscar.

In 2011, Greaves won the LMP2 class at the Le Mans 24-hours and finished the season as the Le Mans Series champion. This year it has been joined by Jota, which took first place in class at the Spa-Francorchamps round of the World Endurance Championship.

Both teams will be the beneficiaries of the extended working relationship between Zytek, Nismo and Motul

John Manchester, Operations Director of Zytek Engineering, said of the new partnership: “We’re delighted to be working with Motul, a company with a very strong heritage and which has successfully taken part in many championships.

We have used many different lubricants in the past, across the different series for which we provide engines, and have been very impressed with the performance Motul’s oils showed.

We hope that this new partnership between ourselves, which will be centered on the Nissan engines we provide to endurance sportscar racing teams, will help us with our product development and to achieve further success.”

Hervé Amelot, Motul Managing Director: “Based on the principle that there is no better laboratory than motorsports to prove the quality of its products, endurance racing has always been a key priority for the company.

Our famous 300V 100 per cent synthetic lubricant has been constantly upgraded to become the reference lubricant for several decades on the racing scene and especially in endurance thanks to the 300V ‘Le Mans’, which has been specially formulated to face the severe conditions met in this extremely demanding discipline.”