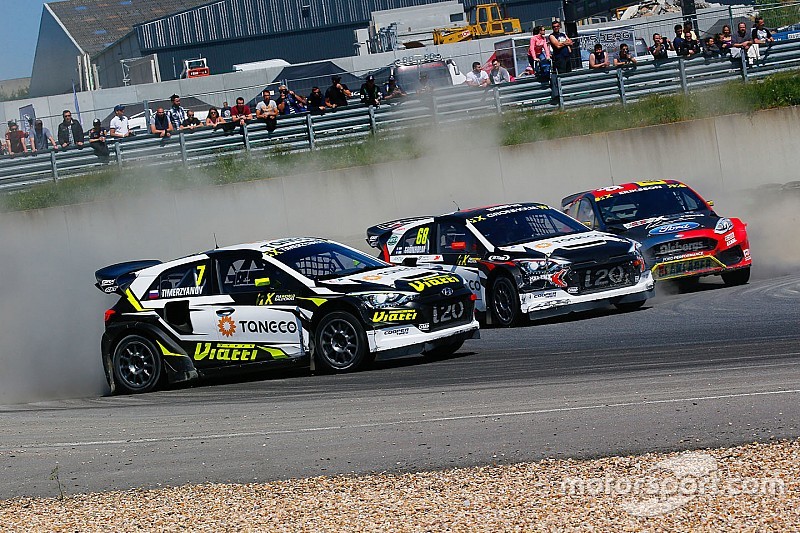 Timerzyanov, from Kazan in the Republic of Tatarstan, Russia, is driving for Marcus Gronholm’s GRX Taneco team in World RX this season, campaigning a Hyundai i20 Supercar alongside team mate Niclas Gronholm.

“I’m a bit worried at the moment as I’m not sure I’ll be able to compete in the race – I’m still waiting for my visa,” said Timerzyanov, who made the semi-finals in the opening three rounds of the year.

“We hope it’ll all work out and I can take to the Silverstone track. I feel ready and am raring to go. The British round has always been a tough one for me, but this is a brand-new track. It’s a chance for a fresh start, even though we’re at a slight disadvantage, not having been able to take part in the pre-season test sessions.”

The Russian driver was previously forced to withdraw from the opening round of the 2012 Euro RX season at Lydden Hill. Then Timerzaynov did travel to the UK, but was refused entry by border control officials. He went on to win his first Supercar title that year, driving for Hansen Motorsport.

The first on-track activity for the fourth round of World RX this weekend begins with Free Practice at 14.45 on Friday.

Despite Timerzyanov potentially not being able to enter the UK, the GRX team is continuing with its preparations as normal. “There is a field of 25 Supercars [this weekend] so there will be a very high level all round,” said GRX team manager, Jussi Pinomaki. “Our aim is to fine-tune all the details to maintain our progression. There is no margin for error if we want to make it into the semis and, ideally, claim two places in the final.”

The team’s best result so far with its WRC-derived Hyundai i20 Supercars was secured by Gronholm Jnr in round one, where he finished fourth in the final.