Determination from Kubica in Spain 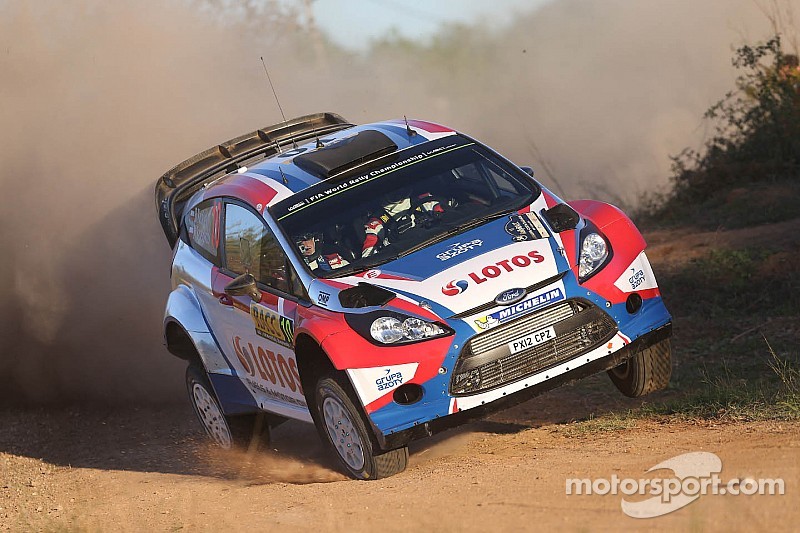 Kubica looked on course to secure what could have been his best result of the year.

Despite finishing outside of the points, the Pole’s determination resulted in some valuable experience of the RallyRACC – Rally de España stages.

Following what had arguably been his best ever performance on gravel, Kubica looked on course to secure what could have been his best result of the year.

As for myself and Maciek [Szczepaniak, co-driver], we have finished Rally de España with mixed feelings.

Unfortunately, as event turned to asphalt, the Pole suffered some mechanical issues over the morning loop and damaged the front-right wheel of his Fiesta during the afternoon which put paid to any hope of a strong result.

Despite his disappointment having missed out on a competitive run through yesterday’s speed tests, Robert was back on the stages today – eager to learn and extract as much knowledge from the event as possible.

Working to perfect their pacenotes, he and co-driver Maciek Szczepaniak displayed real fortitude and will thus be better placed to progress on the dual surface stages of the Costa Daurada in years to come.

“As for myself and Maciek [Szczepaniak, co-driver], we have finished Rally de España with mixed feelings. During these three days there were some positives but unfortunately some negatives as well.

“I think we maintained a good rhythm today. I think the last stage [SS17] was one of the best for me on Tarmac, but still there was a considerable gap to the leaders which is strange.

“I think we have confirmed my theory that our pace on gravel is actually better. The Tarmac season has finished now and there is only Rally GB left to run – which will be completely different!"

Team Principal, Malcolm Wilson OBE, said: “It was an unfortunate and disappointing day for Robert [Kubica] yesterday, but I was very impressed by his drive and determination to continue. He has a never-give-up attitude to everything he does which is very inspiring. He came back under Rally 2 regulations today and has gained some more valuable experience for the future.”