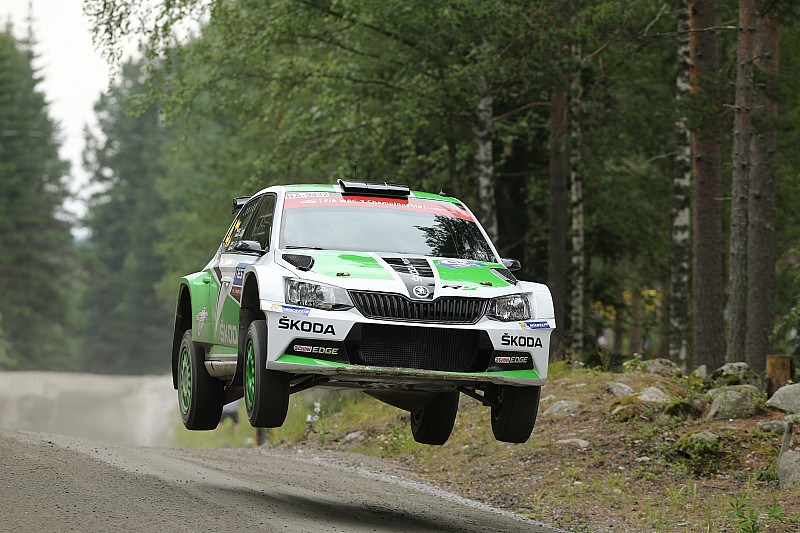 2015 WRC2 team champion Skoda Motorsport has confirmed it will retain Esapekka Lappi, Pontus Tidemand and Jan Kopecky for the forthcoming season in an attempt to add the drivers’ title to its tally.

The Czech marque recorded four WRC2 wins with its main squad in 2015.

Two of them were secured by Lappi, who went on to finish third in the standings, edging out teammate and fellow two-time winner Tidemand by two points.

“We have done a lot of testing together and can hardly wait to finally get started," said Tidemand.

While Lappi and Tidemand took part in seven and six rallies last year respectively, the team’s third driver Kopecky was only present in three events - yet finished on the podium in all of them.

The 33-year-old Czech driver first drove for Skoda Motorsport in 2004 and has enjoyed a successful career with the marque, securing titles in the European Rally Championship and Asia-Pacific Rally Cup, along with four consecutive runner-up finishes in IRC.

"Our goal is to exceed last year’s success in the WRC2 with our three impressive drivers. We promise to our fans that we will do everything in our power to continue Skoda Motorsport’s successful run in 2016," said Michal Hrabanek, Skoda Motorsport Director.

Although the outfit will miss Rallye Monte-Carlo as they are to kick off their programme in the second round of the calendar, Rally Sweden, Lappi will still enter the season opener as a privateer.