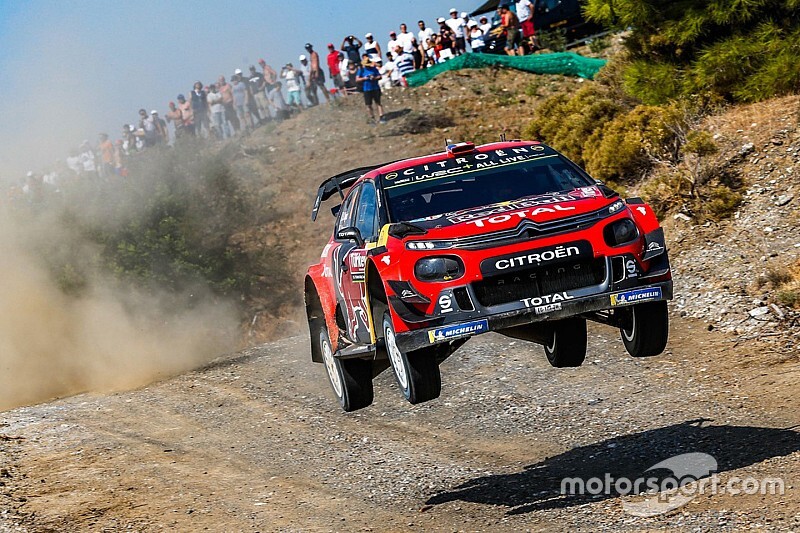 Sebastien Ogier reignited his WRC title hopes by scoring his first win since March in Turkey, leading home a Citroen 1-2.

Ogier took the rally lead from Citroen teammate Esapekka Lappi at the end of Saturday's running and continued to pull out time over the Finn across Sunday’s four stages, finally taking victory by 34.7 seconds.

The reigning champion could only managed third on the rally-closing Power Stage however, while title rival Ott Tanak swept up the maximum five points, which leaves Ogier still trailing the Toyota driver by 17 points in the championship fight.

After an electrical issue that forced him to retire after Saturday’s opening stage, Tanak rejoined the event under Rally2 regulations on Sunday and made the risky decision to not take any spare tyres to save the maximum weight possible.

It was a choice that paid off when he won the Power Stage by 2.6s ahead of Thierry Neuville.

The final podium spot went to Hyundai’s Andreas Mikkelsen, a little over a minute off the pace of Ogier, while M-Sport Ford driver Teemu Suninen was fourth, 31.1 seconds behind, collecting one extra point for fifth on the Power Stage.

Dani Sordo held on to fifth overall in his Hyundai ahead of Toyota pair Jari-Matti Latvala, who scored two bonus point on the final stage, and Kris Meeke.

A roll for Neuville on Saturday left him unable to finish the rally any higher than eighth and dropping him to third in the drivers' standings, despite clawing back four extra points in the Power Stage.

Ogier warns Citroen not to get complacent after 1-2