Bautista was hampered by fractured vertebra at Imola

Alvaro Bautista has revealed his performance in last month's Imola World Superbike round was compromised by a fractured vertebra. 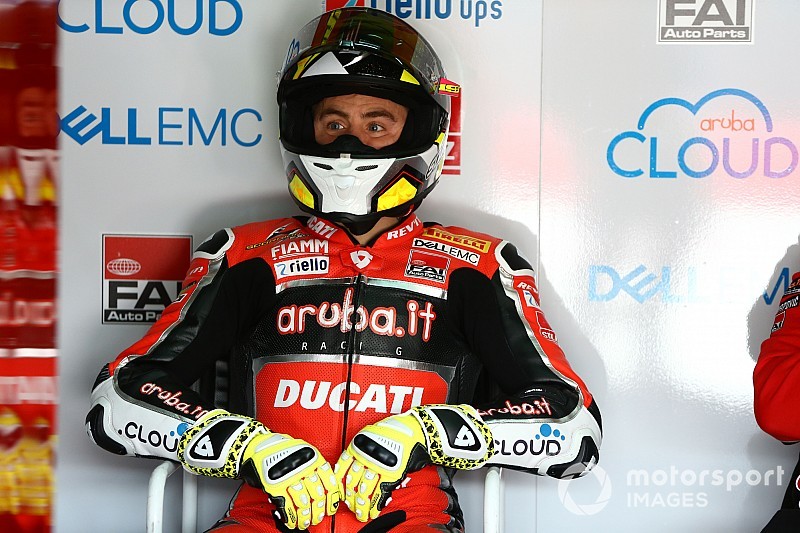 Bautista suffered his first defeats since joining Ducati's factory WSBK squad at the Italian track, as Jonathan Rea ended his rival's 11-race winning streak by triumphing in both Imola races.

Kawasaki rider Rea was followed home by Bautista in the first race, but the second race marked the first time the Spanish rider was beaten by teammate Chaz Davies, who finished second.

At the time, Bautista put being beaten by Rea down to a track layout that didn't suit the previously-dominant V4 R bike.

But now he has admitted that his fitness for the Imola weekend had been compromised by an injury sustained in a motocross crash at the start of May.

"I had a crash on the motocross bike 10 days before the Imola round," Bautista told WorldSBK.com. "I had some pain in my back and I did a medical check after the races because the pain was still big.

"We found a fracture in one vertebra but we were not sure if it was old or [caused by] the motocross crash.

"For sure at Imola I was not 100 percent fit, I struggled physically there. Now I feel much better, I feel strong and more ready than there."

Bautista added that he already felt an improvement physically in the recent Misano test at the end of May, which was disrupted by wet weather.

"In the Misano test I didn't have the same physical problem, so we could concentrate on our work," the Spaniard said.

"The two days were reduced because it was raining, we could not test all we wanted, but it was very positive. We found something that can help us in the next races."

Bautista's lead over Rea in the points stands at 43 points ahead of this weekend's Jerez races.