Jordi Torres has dropped out of his World Superbike ride with the MIE Honda team and will be replaced for the new season by Italian rider Lorenzo Gabellini.

Torres had been set to join the satellite Althea-run MIE outfit from the start of the European season on a second Honda CBR1000RR-R alongside Takumi Takahashi.

However, the disruption caused to the 2020 season by the global coronavirus pandemic has forced a change of plan, as Torres is also committed to racing in MotoGP's electric support series MotoE for the Pons team and the Spanish Superbike series.

Given the numerous clashes between WSBK and those other series, MIE has taken the decision to replace Torres with Gabellini, who races for Althea in Italian Superbike.

It marks the second 2020 ride Torres has been forced to give up, having previously signed for the Pedercini Kawasaki team only to lose that early this year.

Gabellini, 20, will join Takahashi when the season finally resumes at Jerez on August 1-2.

Team boss Midori Moriwaki said: “I am very happy to have Lorenzo Gabellini on the MIE Racing Althea Honda Team and I extend a warm welcome to him.

"As a result of the Covid-19 pandemic, the entire world is facing many new and unexpected challenges. Things are gradually starting up again now and we too are back at the circuit and back in action.

“The WorldSBK Championship has a completely new calendar, which is why we have had to reconsider our rider line-up. I would like to thank Jordi Torres and I wish him all the best with his other endeavours.

"I’m also very grateful to [Althea boss] Genesio Bevilacqua, his prompt response in dealing with this situation ensuring that Lorenzo is now part of our team this season."

Takahashi's campaign got off to a difficult start at Phillip Island back in February, retiring from two races and finishing a lowly 15th in the one race he finished (below). 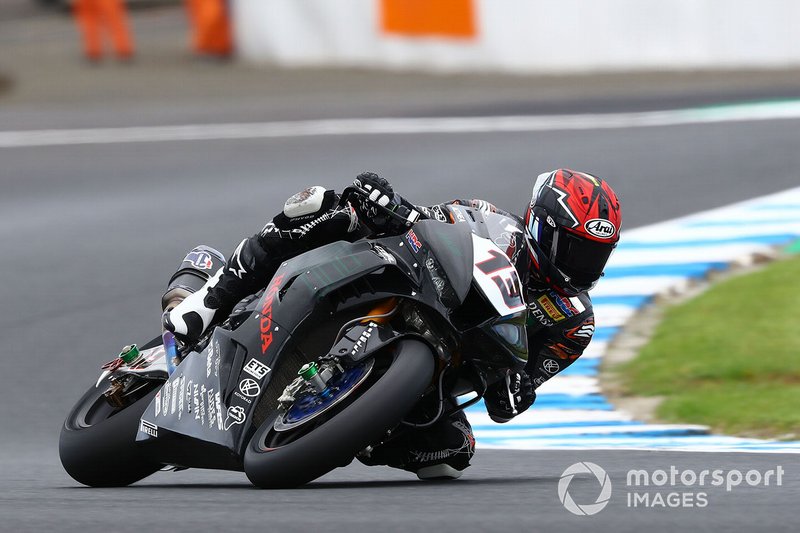 The grid for WSBK's return to Jerez will be bolstered by a wildcard entry for Christophe Ponsson on a Aprilia RSV4 1000 run by Nuova M2 Racing.

Aprilia has been absent from the WSBK grid since the end of the 2018 season, and hasn't had a factory or semi-factory presence in the championship since 2015.

Frenchman Ponsson contested a full season of WSBK back in 2015 on a Kawasaki, placing 22nd in the points, and in 2018 he infamously made a one-off MotoGP appearance for Avintia Ducati at Misano in place of the injured Tito Rabat, proving well off the pace.