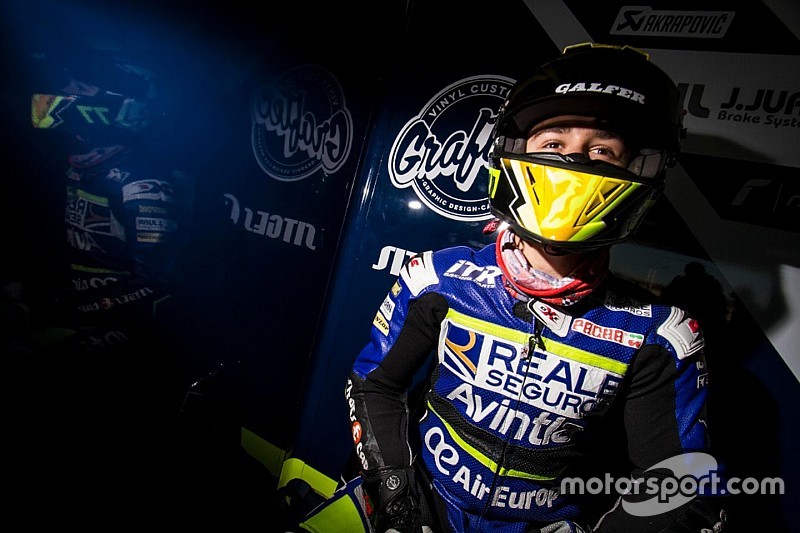 Spanish Moto3 rider Andreas Perez has passed away after an accident in the second race of the championship's Barcelona round.

The 14-year-old youngster was part of a crash involving multiple riders at Turn 5, and received medical attention on scene.

He was subsequently airlifted to a hospital, where he was later pronounced dead.

"Andreas Perez was admitted to hospital with very serious brain damage and soon afterwards he was diagnosed with brain death," said his Avintia Academy team in a statement.

"Even though his heart continued to beat and despite many efforts, the doctors could do nothing to save his life. Andreas could not win this race.

"It has been very tough hours for all the members of the Reale Avintia Academy team, who were with the family from the first moment in these complicated moments.

"We have lost a great rider, but above all a great person and we will miss him a lot. The team and all its sponsors wish to send all the support to Andreas' family in this very difficult moment."

Perez made his debut in the Spanish Moto3 series last year, entering the Jerez and Valencia rounds.

This year, he looked set to enter the series full-time within MotoGP team Avintia's Spanish Moto3 ranks, but was forced to skip the season opener due to injury.

He then raced in the next four races and took a best finish of 24th before his incident occurred in Race 2 in Barcelona.

It is the third fatal accident at the Circuit de Catalunya in three years as Moto2 rider Luis Salom lost his life in 2016 and Enric Sauri died during the 24 Hours of Catalunya endurance race last year.

Harvick not going to 'nitpick' missing out on Pocono sweep