The team's deal with the Aurus marque, which launched last year, will result in G-Drive's LMP2 Oreca-Gibson 07 racing as the Aurus 01 in this year's ELMS, as well as at the Le Mans 24 Hours and Spa rounds of the 2018/19 FIA World Endurance Championship.

It mirrors the arrangement the Signatech LMP2 team has with Renault subsidiary Alpine.

"This is the beginning of a big adventure in motorsport for Aurus and it is fantastic that they have chosen G-Drive Racing to promote the brand," Rusinov told Motorsport.com.

"Our mission is to promote Aurus in motorsport and grow this project into something much bigger and exciting — there is definitely really cool stuff coming soon."

Asked if that could encompass the new WEC hypercar concept category due to come into force for 2020/21 season, Rusinov said: "It is an interesting direction, but I cannot say anything more.

"Let's get started this year and then we will evaluate future projects to see where we can get support and where we can be successful."

The first Aurus model, the Senat limousine, was unveiled on the inauguration of Russian President Vladimir Putin at the start of his fourth term last year and also shown at last month's Geneva motor show.

The Senat has been developed by the Central Scientific Research and Automotive Engines Institute and is the first of a planned range of models.

G-Drive will kick off the defence of its ELMS crown at Paul Ricard on April 14 with Norman Nato taking the place of Jean-Eric Vergne alongside Rusinov and team newcomer Job van Uitert.

Vergne will be racing in the Rome Formula E round for DS Techeetah that weekend and will also miss the Monza ELMS round in May courtesy of his FE commitments. 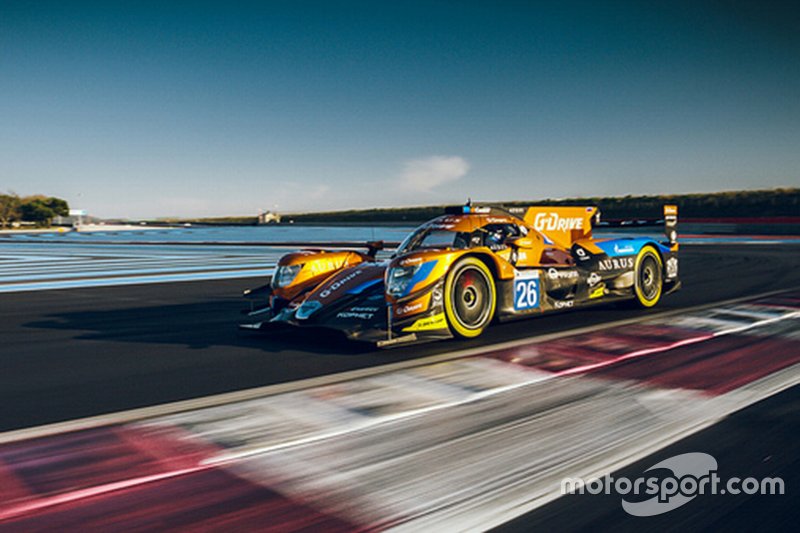 The new LMP2 star who turned heads at Le Mans