After a wildly busy and successful season, Maxime Martin can relax

At the end of no less than ... 27 weekends of competition Maxime Martin can finally take a breather, and take full stock of the 2012 sports season. A briskly led campaign, which saw the young Brussels based driver confirm his rank as one of the references in the Grand Touring category. This means that satisfaction was definitely the order of the day...

"The assessment is quite frankly positive, Maxime remarked. Notwithstanding a few disappointments experienced at the end of the season. I was out to claim the title in the ADAC GT Masters as also in the Blancpain Endurance Series, however ultimately I had to satisfy myself with an overall 4th and 2nd place. Obviously rather frustrating, but at the same time, staying in contention for the crown right through to the finish of the last round proves that the competitiveness was definitely on hand right through to the end. It was merely by a fraction that the official Alpina B6 on the one hand, and the Marc VDS Racing BMW Z4 GT3 on the other missed out coming up trumps. That's the main thing ... "

The assessment is quite frankly positive

During this 2012 season Maxime Martin also competed in the major endurance events, including three legendary 24 hours races ... "These are the strong memories I will retain of this season. The 24 Hours of Le Mans; magical as ever, an incredible race. After the Lola Aston Martin LMP1, I discovered the Morgan Nissan LMP2, with just as much pleasure. At the 24 Hours of the Nürburgring, we proved our worth with the Marc VDS Racing BMW, the car that also delighted me no end at the 24 Hours of Spa. For this home race, held in highly tricky conditions, I drove for 13.20hrs in total! I got a real kick out of that. We undoubtedly deserved a podium, but that's not the most important ... "

And then, during this highly busy campaign, Maxime treated himself to leading the race in all the categories he competed in. "That was indeed the case with the Aston Martin DBRS9 in the FIA GT1 World Championship, as also in the International GT Open, at the end of the season, with the Aston Martin Vantage V12 entered by the Belgian GPR team, where we came to the fore in the GTS category, and did brilliantly in the overall classification. Pretty cool, right?" 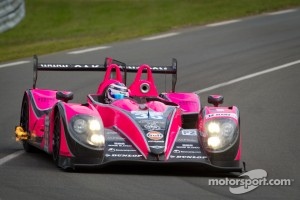 Following a lightning but highly noticed visit at the 24 Hours ... 2CV of Spa-Francorchamps, as also several stints in the Seat Leon Supercopa Coyote during the final round of the Belgian Racing Car Championship at Circuit Zolder, Maxime Martin is taking time out to recharge his batteries not without looking to 2013... "In the GT world, I am acknowledged as a leading driver, the driver wearing the colours of KDW, Coyote, Tolrip, Schubert and the RACB National Team commented. Next year's overall objective will be to reach a new level, over and above Grand Touring races. This might go either via the Wold Endurance Championship or the DTM. This is certainly my wish. All doors remain open, but I can't say any more than that at this moment. All that remains now is to thoroughly enjoy this great past season, and to thank all those who placed their trust in me. Wishing one and all excellent end of year festivities, and see you 2013! "