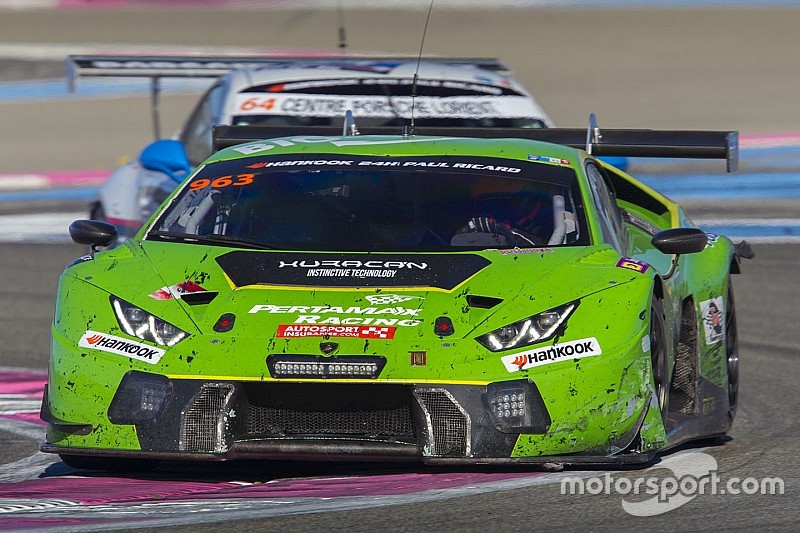 Italian Andrea Caldarelli lapped the 5.403 kilometre Automotodrom Brno in 2:00.035 minutes and is pole position for the 24H Epilog Brno

Last year's winners missed the pole position by a margin of 0.808 seconds. Still, the Czech team starts its first race with the new Ferrari 488 GT3 car in the 24H Series powered by Hankook from the front row. Robert Renauer tried to make up some ground in his Precote Herberth Motorsport Porsche 991 GT3 R (#911, Alfred Renauer/Robert Renauer/Daniel Allemann/Ralf Bohn) in the closing stages, but had to settle for third.

These cars qualified in the second 45-minute session. With single-digit temperatures, the drivers were challenged to get heat into the Hankook tyres. The SP3 and A3 drivers faced the same conditions in the first qualifying.

Night practice will take place from 19.15 till 20.15 hrs. The starting grid procedure will get underway on Saturday, October 15, at 11.00 hrs. The race starts at noon. Motors TV will be broadcasting live on Saturday from 11.30 till 22.30 hrs CET and on Sunday from 10.15 till 12.30 hrs CET. Qualifying, night practice and the race will be streamed in HD quality on the series’ website with live commentary by Radiolemans.com.

Formula A pulls the pin on 2017 season