Karl Wendlinger will be known to most motorsport fans from his five-year spell in Formula 1 – including a serious crash while driving for Sauber at Monaco in 1994 that left him in a coma for weeks. But the Austrian is also one of the most experienced sportscar drivers still active today, having raced at the very highest level for Mercedes in Group C, as well as in the heyday of the FIA GT Championship behind the wheel of iconic cars such as the Aston Martin DBR9, Maserati MC12 and Ferrari 575M.

What was particularly good was how Mercedes took us as juniors into the World Sportscar Championship.

This year, he's been working with Mercedes' tuning arm AMG, instructing at its driving academy and racing for SLS GT3 customer team KRK Racing in the Blancpain Endurance Series. Wendlinger shared his experiences in the sport with in an exclusive interview with Motorsport.com during the Silverstone round of the Blancpain Endurance Series back in June.

Going from Formula 3 to the works Mercedes Group C team in 1990 was a huge opportunity for a young driver at the time. Did it feel like a massive step up?

“Yes, it was great for all three of us – Michael Schumacher, Heinz-Harald Frentzen and myself – because we all came from small private F3 teams to a full factory team. This meant lots of testing over the winter, lots of meetings with the engineers, an opportunity to learn about data acquisition, plenty of fitness training and PR work.

What was particularly good was how Mercedes took us as juniors into the World Sportscar Championship, but with the ultimate goal of supporting us all the way to Formula 1.”

Your first race for Sauber Mercedes in 1990 was at Suzuka in the C9 – but then the team switched to the C11 for the next race at Monza. Was it a big step between the two cars?

“Not really, though the C11 was a little better than the C9, as it was a bit more efficient in terms of drag versus downforce, but the C9 was already a superb car.” 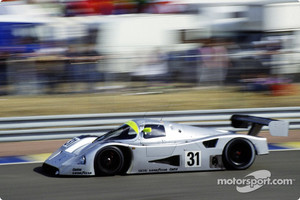 The C291 was plagued by engine trouble in 1991. What was your opinion of that car?

“That was the first year of the naturally aspirated engines, and with the turbo C11 you had no chance, as it was too heavy. The whole thing was not so easy: we had a lack of performance and horsepower in the beginning, as well as the reliability problems. But then towards the end of the year it got better and better and we won the last race of the season.”

You then drove the Peugeot 905 at Le Mans in 1992. How did that differ from the Sauber Group C cars and how did you find working with a new team after spending so long with Mercedes?

“I was doing F1 with March for the '92 season, but I also looked around a bit to earn some money and got the seat with Peugeot in Le Mans. Of course, the 905 was a very competitive car run by a very strong and competitive team, but it's difficult to compare it to the Mercedes, as it was already a year later.

At the last race of '91, we could beat them with the Sauber C291, but they did a lot of development over the winter and by '92 it was a much different and improved car.

As regards the team, it was easy to work with Peugeot, but everything was new for me: I didn't know the people, and we only had one or two tests before the start of Le Mans. I started to get to know them a bit, but of course having been at Sauber Mercedes for two years, it felt more like a family there.”

“I found the Porsche was a very difficult car to drive. Okay, there was a lot less downforce than Group C, and also less speed, plus we had ABS. Although we were on the podium in '96, I still struggled with the Porsche and didn't feel I was competitive.” 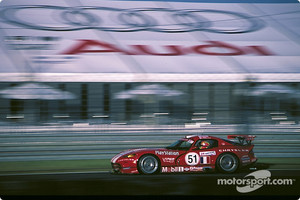 You then spent several years as a Chrysler factory driver, racing the Viper in the US and the LMP car at Le Mans. What are your memories of those years?

“The Viper was a very strong and reliable car and the Oreca team was very good, but on the other hand the GT opposition was not the quickest in those years. Okay, it was not easy, but it was a lot easier to win a race in that era compared to the FIA GT Championship in the mid-2000s. With the LMP, Oreca pushed the project a lot, but it was never going to be on the scale of the Audi effort.

Without changing the starter motor twice and the water pump once, we probably could have been on the podium at Le Mans in 2002, but there was no chance of a win against Audi.”

After Chrysler, you concentrated on Europe again, racing the Ferrari 575, Maserati MC12 and Aston Martin DBR9 in the FIA GT Championship, then the Nissan GT-R when the series became the World Championship in 2010. Talk us through those years...

“The Ferrari in 2004 wasn't such a good car. We had some podiums, but overall it wasn't great. 2007 onwards was best. It was a very good championship and we had a very strong car with the Aston, which allowed us to win races and fight for the championship. From 2007-09, that was a great championship, really competitive.

In 2010, I think the Nissan was a bit handicapped by Balance of Performance, but that wasn't the only issue: Swiss Racing was a small private team and the car needed a lot of testing and development, which we didn't have the budget for. Sumo Power was more successful than us with the Nissan, but it still took them a while to come on strong in 2010.”

Jamie Campbell-Walter on a career in sportscars

Shirley Muldowney - 'The First Lady' of the NHRA

Shirley Muldowney - 'The First Lady' of the NHRA