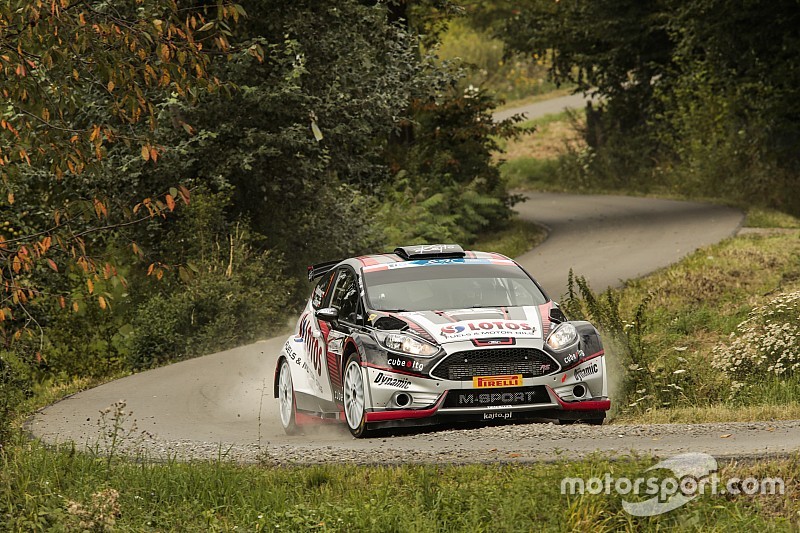 European Rally Championship points leader Kajetan Kajetanowicz saw off Bryan Bouffier for victory in his home round, the 2016 Rajd Rzeszowski.

Reigning series champion Kajetanowicz had stood on the podium in four of the five ERC rounds he's contested in 2016 so far, but left it until the Poland outing to secure his first win of the season.

Him and Bouffier dominated the rally, together accounting for all 13 stage wins - eight of which went to the local driver.

The leading duo were neck and neck in the early stages of the rally, before Kajetanowicz pulled clear thanks to a spin from Bouffier on SS6.

The Polish driver ended Friday with a lead of more than half a minute, and a dominant run through SS8 left him with a 50-second advantage, putting Kajetanowicz virtually out of reach.

While the reigning champion cruised to the finish to claim victory, Bouffier survived a major scare on SS11 as he sustained front-end damage, which resulted in a leaking radiator.

However, the Frenchman used chewing gum to fix the leak and went on to finish 54 seconds behind the winner.

Grzegorz Grzyb spent most of the rally in P3 and wound up duly completing the podium, while Lukasz Habaj, who started on the back foot after going off in a ditch in SS2, recovered to pass Jakub Brezinski for the fourth on the final stage.