Alonso planning "many more" races in 2019

Fernando Alonso is promising to add "many more" races to his schedule in 2019 after he leaves Formula 1 and may include "a couple of iconic places".

The two-time world champion wants to expand his programme beyond his existing commitments after he drops out of F1 in what is officially being billed as a sabbatical from the pinnacle of the sport.

He is currently scheduled to compete in the remaining rounds of the 2018/19 World Endurance Championship superseason with Toyota – Sebring, Spa and the 2019 Le Mans 24 Hours – and to return to the Indianapolis 500 in May under the McLaren Racing banner.

"I will do many more, you will know step-by-step," Alonso said. "[Indy] is the first one. Apart from the three races of WEC, I think there are [also] four tests on those.

"If you add the three weekends of racing, it's already seven, until June, plus the IndyCar tests and two weeks of the Indy 500.

"If you see the calendar until June, there are only two or three weekends off. Even if it seems there are not too many races, there is a lot of preparation."

At last weekend's WEC round at Shanghai, where he finished second, Alonso refused to be drawn on which events he might be planning to contest.

He hinted that there could be news as a "Christmas gift" but would not make any link between these comments with the 'ride-swap' event in Bahrain when he will test Jimmie Johnson's NASCAR Cup Chevrolet the week after he drives in what could be his last F1 race at the Abu Dhabi Grand Prix.

Alonso has at least suggested he is ready to return to the Daytona 24 Hours next January.

"There are a couple of iconic places, iconic races that probably I will add to my calendar," Alonso said.

"[Daytona] has some attractive things — it is in the middle of January with good weather in Florida.

"The race itself is quite a challenge and the way they race in America with the safety cars, trying to keep the race close until the last couple of hours, is quite fun."

Alonso contested the event in 2018 with the United Autosports squad co-owned by McLaren boss Zak Brown, but the team has already revealed its intention not to return next year.

Remaining with Toyota in the WEC into the 2019/20 season, the first run to the 'winter-series' format, was described by Alonso as a "possibility", but he suggested that his options were more open for the 2020 season.

"When I stopped F1 it was mainly to have a little bit more of a life because I've had a full dedication to motorsport for the past 20 years." 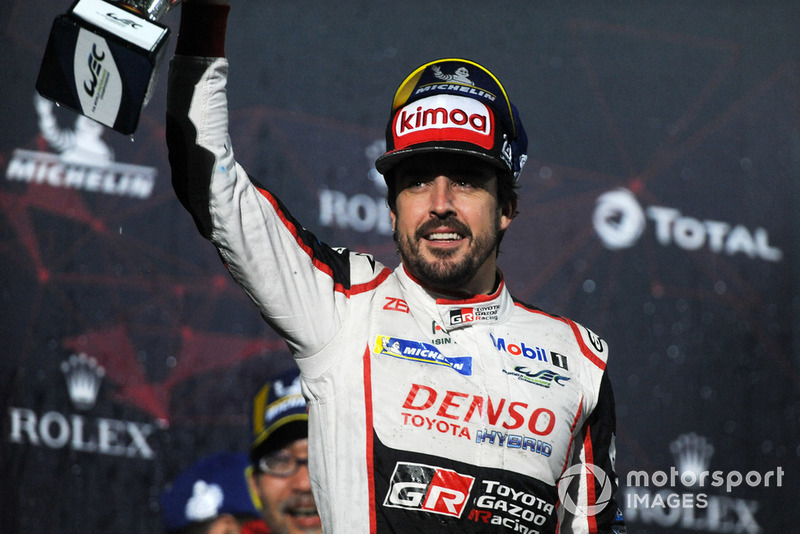