Chase Carey believes Formula 1 can still attract new manufacturers despite backing away from a major overhaul of its engine regulations for 2021.

Wholesale changes were originally planned for 2021 in a bid to draw in new manufacturers, which would have been at less of a disadvantage to existing suppliers that would also have needed to develop substantially new engines.

Those plans have been reined in, however, after existing manufacturers pointed out there would be significant costs in developing power units to new rules that no new entrants had committed to.

That led to plans for a compromised solution that is much closer to current technology, but Carey believes those rules can still be attractive to potential newcomers.

Although Carey did not name any manufacturers, Porsche - which has been involved in discussions but is yet to make a commitment - remains the most likely candidate.

"We wanted to make sure that we continued to have the hybrid engine that was road relevant today," said Carey.

"At the top of the pyramid in terms of technology that in many ways is at the forefront of what's going on in the world.

"Part of that is what attracts the right new engine manufacturers into it as well.

"With the path we're on, and we have had some discussion with potential new entrants, we're encouraged.

"There's broad agreement that the path we've landed on for going forward is the right path for everybody, existing and new."

Carey said stability was an important factor for all manufacturers.

"A year ago we were probably headed towards a more significantly rebuilt engine," he said.

"As we got into discussions with all the teams we came to an agreement that the right path was more stabilising the existing engine, and marrying it to a series of sporting and technical regulations that improved competition, and addressed some of the economic issued around that.

"Whenever you have a new engine, everybody starts over, and there are always unintended consequences."

Carey said restricting dyno usage, in the same way that wind tunnel hours are limited, would be one way of controlling the inevitable development race.

"A factor for example which came out of this is that dyno time, which is testing time, is one of the more expensive consequences because it lets you test open-ended - throw stuff against the wall and test it," said Carey.

"So the degree you want to address how much time and money can be spent addressing an endless list of theoretical enhancements is probably as important as any tool to make the engines both from a competition and a business perspective viable and attractive for existing and new players."

Carey described engine talks with teams as "collaborative" and "constructive" and said he hoped that process could be replicated when other discussions surface. 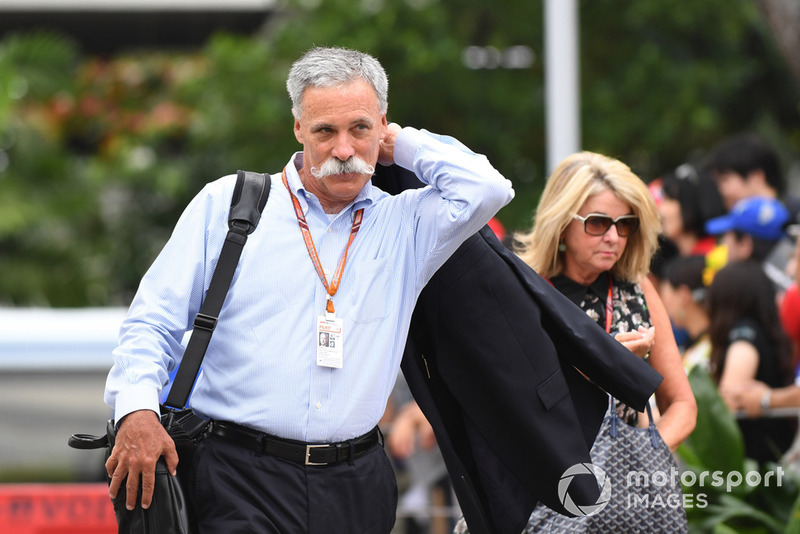 Chase Carey, Chief Executive Officer and Executive Chairman of the Formula One Group

Clear to focus on Leclerc in 2019 Ferrari role