Webber: Ferrari may need to consider writing off 2019 soon

Ferrari should consider writing off its 2019 Formula 1 campaign and switching focus to next year if it doesn't quickly turn the tables on Mercedes, reckons Mark Webber.

By:
Jonathan Noble
Co-author:
Roberto Chinchero
Listen to this article

With Mercedes having delivered a record-breaking five 1-2 finishes at the start of the season, the German car manufacturer has opened up a comfortable lead in the world championship.

Although Ferrari still has faith that it can get itself back in the hunt by making improvements to its 2019 car, Webber thinks the situation does not look good for the Italian outfit.

Speaking to Sky Italia ahead of the Monaco Grand Prix, Webber thinks that the next two races will be decisive for Ferrari's titles hopes – and he believes there will come a point soon where thoughts should shift to 2020.

"Unfortunately, it looks challenging for them because aerodynamically Mercedes looks like it has found a beautiful solution for its car to be quick on all types of tracks," said Webber.

"They were fast enough at Albert Park, they were fast in Bahrain – although of course Charles [Leclerc] should have won that race but didn't – but generally the Mercedes is a very versatile car at the moment.

"If the season is going for the next three months like this then Ferrari will have to focus on next year's car already. If they come to Canada and they are a long way behind, then they are in big trouble."

Webber says as well as Ferrari not having the quickest car, it has also suffered because its race strategy hasn't been good enough.

"[Mercedes] are very organised, especially on race day," added the Australian. "They look very composed, very relaxed. Of course they trust all of the practice that they put into play and they are very good under pressure.

"Unfortunately I see Ferrari with the strategy and everything, they look like they are a little bit disorganised. They are what we say in English, reactive, not proactive. They are very reactive to what is happening, they are not on the front foot.

"I know it is always easy to be like that with a slower car but I think they are... in Baku for example, with Charles they could have done a different strategy there. I think in Barcelona always swapping the cars, they are fighting each other and not fighting Mercedes."

Webber also says that his former Red Bull teammate Sebastian Vettel is facing a 'double problem' by having a slow car and a quick teammate, although he reckons the German could still come back strong in 2019.

"Challenging times for him because of course every year that goes by you get a little bit older, and you have to reassess how your profession is. He has a lot of experience, and it is one thing to have the problem if Ferrari are fast and winning races and you are sharing the victories with your teammate, this is one thing.

"I believe he is still strong to do a good job and to come back to a degree. Charles is very relaxed, beautiful nature, rock star for the sport – it is what we need.

"But Sebastian still needs that last little bit of support in the team, whether it is engineering, what it is I am not sure. I still think there is an opportunity for some extra people to make this last part of the jigsaw [for him] to execute in the best way." 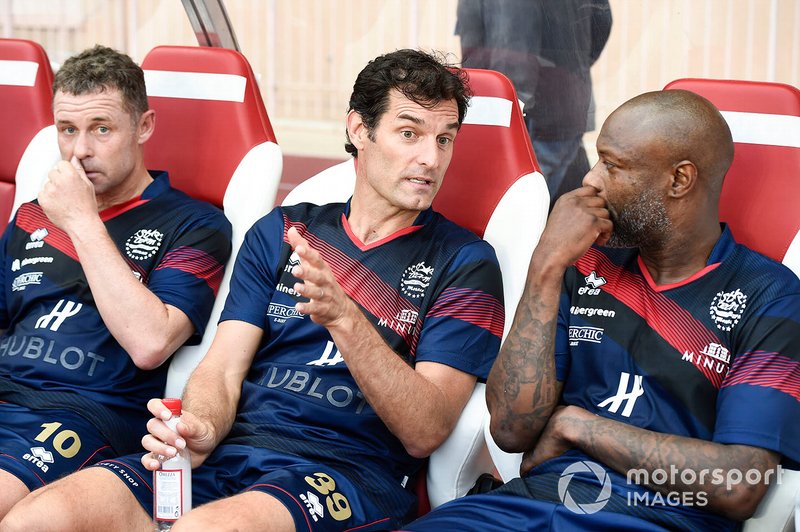 Binotto F1 exclusive: "Each single day" is difficult but Ferrari is united

Lando Norris believes his long-term Formula 1 deal with McLaren has allowed him to strike a better work-life balance and relax more away from racing.

Breaking the mould: Why F1 2022 tech isn’t all about porpoising and sidepods

Once fears over identikit Formula 1 cars were allayed by visibly different approaches to sidepods and floors, other novel design features have cropped up around the rest of the car.

Binotto F1 exclusive: "Each single day" is difficult but Ferrari is united

It’s fair to say that the 2022 Formula 1 season has delivered both the best of times and the worst of times for Ferrari team boss Mattia Binotto.

Kevin Magnussen says he has gained a new appreciation for the privilege of being a Formula 1 driver over the course of his 2022 comeback season.