Lewis Hamilton said he feared a repeat of Lance Stroll’s spectacular blowout after suffering from “quite big blisters” on his front tyres during the French Grand Prix. 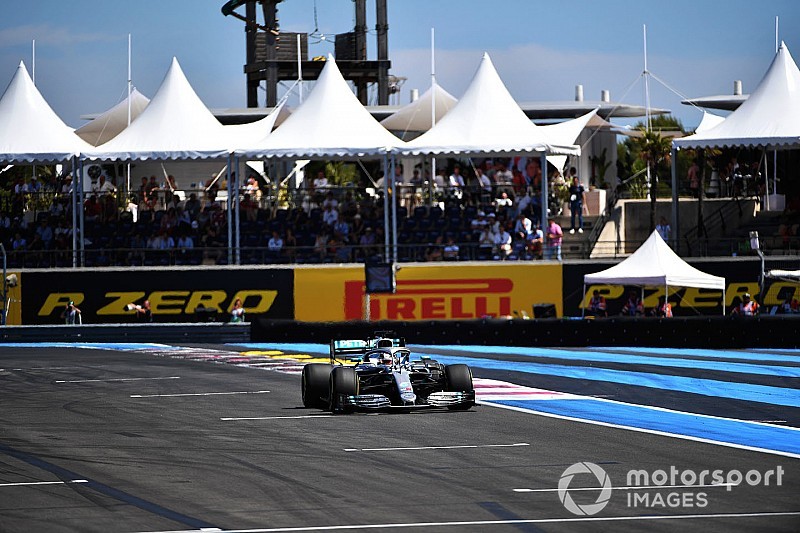 Hamilton dominated the race at Paul Ricard, beating teammate Valtteri Bottas by 18 seconds as he extended his championship lead to 36 points.

However, Hamilton – who reported something broke on his seat during the race – said it “wasn’t easy at all”.

“There’s always things happening, everything’s on the edge with these cars,” he said immediately after the grand prix.

“So I was saving the engine and fuel where I can. I was looking after the tyres. I had quite big blisters on the front two tyres.

“I remember last year Lance had a tyre blowout. So I was a little worried about that.

“But this has been the best start to the year, so I’ve got to enjoy it.”

Hamilton’s third victory in a row takes his tally to six wins from eight grands prix in 2019.

Bottas, who scored his best result in three races, admitted he simply did not have the pace to match Hamilton on Sunday.

“The start was the best bet for me,” Bottas said. “Ultimately Lewis was quicker today, I couldn’t really match his pace.

“It’s something for me to have a look before the next one. It’s important to understand today what he did better.”

Asked where his five-time world champion teammate was pulling extra performance from, Bottas said: “It’s something I need to have a look, he was really strong and consistent today.

“He’s not unbeatable. I know that. I just need to work hard.”

Hamilton said the victory left him “hype” after the race, the Briton having turned around a minor deficit to Bottas through practice into pole position and then the win.

“I’ve been racing a long, long time and it just never gets old,” said Hamilton. “It’s always such a challenge out there. I love trying to find the edge.

“These guys [at Mercedes] and all the guys back at the factory, we’re creating history together. I’m so proud to be part of this team.”