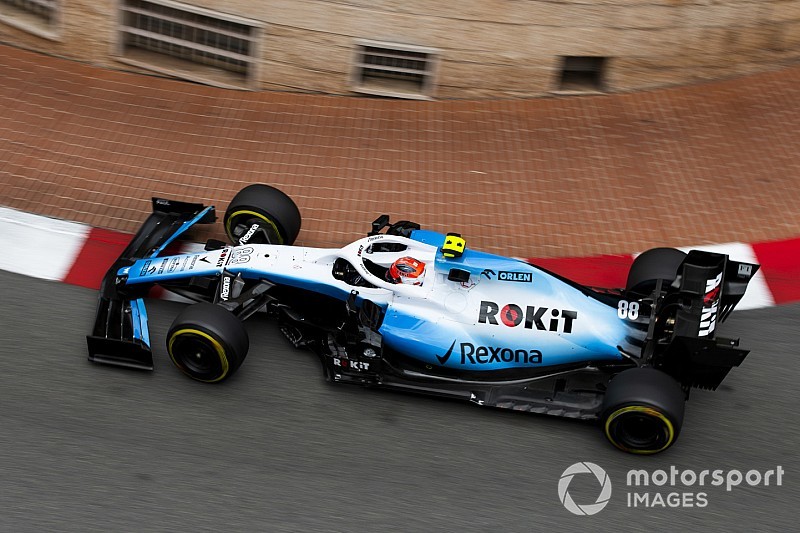 Williams Formula 1 team driver Robert Kubica believes he has silenced the sceptics after a strong weekend in Monaco indicated that he has not been compromised by his injuries.

Since the Pole began an attempt to make a comeback, observers cited the street race as a place where he might have trouble, especially in the tight hairpin, due to his physical limitations.

However, apart from a spin exiting Casino on Thursday he had a trouble-free weekend and in the race was able to stay ahead of several quicker cars before he was punted into a spin by Antonio Giovinazzi. He was eventually classified 18th.

"I knew I would be fine here," Kubica told Motorsport.com. "I think overall a lot of people thought I would not even be able to turn the steering wheel.

"In this not easy situation I think I did pretty well, and I can be happy. Of course the final result could have been better, but that's how it is with racing.

"People said that Turn 1 would be an issue for me, and I think in all the races I did pretty well in Turn 1, or on the opening lap, when there is a kind of racing instinct, and it's only due to that rather than something else."

Kubica had a good first lap in Monaco, passing teammate George Russell and Giovinazzi. He then jumped Charles Leclerc and Nico Hulkenberg when they collided and both pitted, and got ahead of Sergio Perez by staying out under the safety car.

He briefly ran in 15th place until he was tapped by Giovinazzi.

"I gained two positions at the start, and in the opening laps there is a lot of managing tyres, managing your pace.

"After the safety car I could keep them behind, but I knew I had to stop. There was some possibility for rain, so that's why I stayed out. Definitely the rain showed up, but just slightly, and in this case our strategy didn't pay off."

Regarding the nudge from Giovinazzi he said: "It's racing, there's not a lot you can do in this situation. That's how it is, sometimes."

Why it doesn't matter if the Monaco GP is 'boring'