What we’re saying about Montreal

The sea freight left for Canada weeks ago. We packed up the cars and equipment for air freight on Friday. Some of the team are already there, others are flying out today or tomorrow, but we're all looking forward to Montreal. 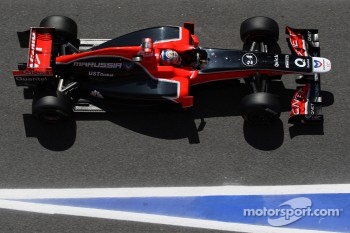 “I have very good memories from Canada, but not only because I like the track but because I have had some of my best results here, with points in my Formula One debut in 2004, second in Champ Car a year later and fourth in F1 in 2008 where I also led the race for some laps. So it’s always special to come here to Montreal and I love the city also. It has a really exciting vibe and everyone loves to experience time after time.

“At the beginning of the weekend the track is always dirty, as it is located in a park on an island and it’s not used as a racing circuit outside of the Grand Prix. It combines long straights with chicanes and slow corners and it will be interesting to be able to use DRS at two different points of the track. It’s always a challenge to drive closely past the Wall of Champions without actually touching it. I hope our low downforce package works well and we can have a good weekend.” 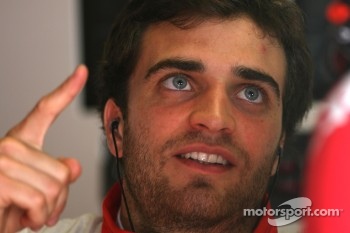 “I’m really looking forward to racing in Canada. It’s a great Grand Prix with so many fans and a really exciting city life. I was at the race there last year as a reserve driver with my previous team, and now I’m really looking forward to driving and discovering this fabulous track. I’ve driven the track on the simulator and it’s one heck of a ride. Like in Monaco, the barriers are very close to the circuit so it will be another challenge, as will the two DRS zones. I’m arriving early to acclimatise and because there are a lot of great opportunities to do some pre-race training, so I’ll be doing a bit of cycling on the track and rowing on the lake behind the circuit.”

“The back to back nature of the last few weeks has continued into this week as we prepare to head off to Canada for the latest flyaway. We’ve had just four days to play with to strip, paint, NDT the cars and rebuild them before packing them up alongside our trackside infrastructure and sending everything on its way. Canada is one of our favourite favourites though, so as tough as the week has been, everyone has done it with a very warm heart because what we can always look forward to in Montreal is a fantastic weekend of racing and entertainment.

“We have a low downforce package for this race to suit the characteristics of the circuit and we have made some good strides with our car setup in recent races. So the challenge then becomes one of looking after brake and tyre wear and temperatures as this track is renowned for being hard on the cars.

Doing a good job in these areas may provide us with a good opportunity in the race. Concentration is the key for the drivers as the barriers are very close – as is the ‘Wall of Champions’!. But they rose to this challenge impeccably in Monaco so I’m looking forward to seeing them in action next weekend. It’s always good to be in North America and next year of course we will have two pitstops here when the United States Grand Prix returns to the calendar in Austin, Texas, and these two races will form a much-welcomed back to back.

“I’m delighted that Marussia Virgin Racing will have such a major presence in the city this weekend as Virgin Mobile Canada will be sponsoring the Crescent Street Festival, which is always the cornerstone of Montreal’s Grand Prix celebrations. This is a big part of our fan programme and we’ll have a car on the stage and our full driver line-up will be mixing with our loyal followers throughout the weekend.”

Ferrari Is Prepared For Canadian GP At Montreal