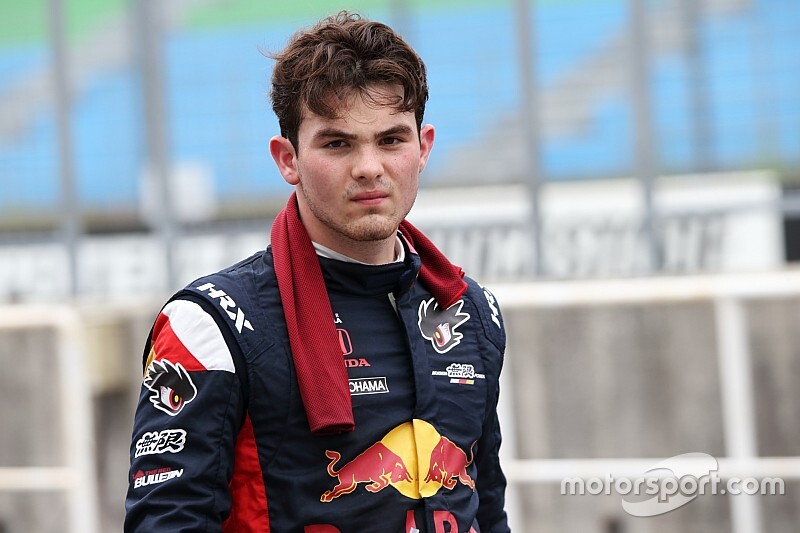 McLaren's newly-signed young IndyCar drivers Patricio O'Ward and Oliver Askew could be called up for Formula 1 tests in 2020.

The team caused a stir this week when it announced it was dropping James Hinchcliffe from its new Arrow McLaren SP IndyCar squad and would run the last two Indy Lights champions - 20-year-old Mexican O'Ward, who had briefly been on Red Bull's books this year, and 22-year-old American Askew.

Asked by Motorsport.com whether there was any prospect of either driver getting an F1 test or if the two teams were being kept completely separate, Brown revealed that an F1 run for O'Ward or Askew was already being considered.

"While the projects are separate, they complement each other commercially and we don't have a young driver under contract for 2020," he said. "So I wouldn't be surprised to see one of those guys in one of our F1 cars around a rookie test."

Though the in-season tests that have provided the main opportunities for F1 teams to run rookie drivers in recent years have been canned for 2020, the end-of-year Abu Dhabi test is likely to double as young driver running and a first try of the new 18-inch tyres for the 2021 season.

Under the 2021 rules, all teams will be obliged to run a rookie driver in at least two Friday practice sessions.

McLaren currently has Formula 2 frontrunner Sergio Sette Camara as a test and development driver and the 21-year-old Brazilian took part in May's Barcelona test with the team, but he is not yet signed for 2020.

O'Ward began the 2019 IndyCar season with Carlin, before becoming a Red Bull protege and being redirected into Super Formula with an eye on being prepared for a possible F1 future. He parted company with Red Bull shortly before his McLaren SP IndyCar deal was announced.

McLaren has formed its long-anticipated full-time IndyCar team by partnering with what was previously Arrow Schmidt Peterson Motorsports. That team had Hinchcliffe under contract for 2020, and McLaren initially said that deal would be honoured before the recent change of plan.

Fernando Alonso also ran for McLaren at an in-season test this year as part of his ongoing relationship with the team after his exit from its F1 race line-up.

Brown clarified that Alonso "is under contract this year, not next year" and said McLaren needed to discuss the future with the 2005/06 world champion properly.

"At the end of this year we will have a conversation about what the future may or may not look like," he said.

Asked if McLaren wanted to keep Alonso on its books, Brown replied: "I think he is an immense talent. Obviously I have a really good relationship with him and with the different racing activities we are doing, if there is something we have that makes sense to put Fernando in the car, I still think he is one of the fastest drivers in the world.

"We are set on our direction in F1 with our current drivers but depending what other activities there are we are very open minded about continuing our relationship with Fernando."

Alonso's only confirmed 2020 programme at present is contesting the Dakar Rally with Toyota, but he recently reiterated his interest in a 2021 F1 comeback.